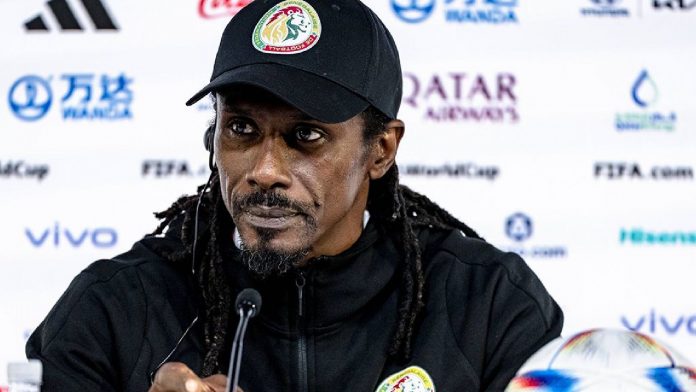 Aliou Cisse, Senegal coach has lamented his team’s defensive lapses after England brushed the African champions aside 3-0 in the World Cup last 16 on Sunday.

He admitted there had been a gulf in quality.

First-half goals from Jordan Henderson and Harry Kane gave Senegal a mountain to climb and a third by Bukayo Saka in the second half ended the contest.

“A match lasts 90 minutes and in the first half we played pretty well and created chances but unfortunately we didn’t score,” said Cisse.

“We were playing a very good England team and we saw that in their challenges, their physical strength. We weren’t as good as we should have been.”

Cisse, who was unwell in the run-up to the match, said: “Senegal’s strength before the World Cup was our defensive set-up. The fact we have let in a lot of goals at this tournament is difficult to explain. We are going to have to look at that.

“You pay for any mistake you make at the World Cup because of the calibre of the teams.”

The coach said his side was missing two or three players who could have made a difference including star striker Sadio Mane, who was ruled out of the tournament before it started with an injury.

But he said he was making no excuses.

“We have worked for years to be the best in Africa but we were facing one of the top five teams in the world and we saw the difference tonight,” he added.

Cisse, whose side are ranked 18th by FIFA, said the team were on an upward trajectory.

“We have been trying hard to reach this level and we need to continue to ensure that at the next World Cup we can play better against a team of this calibre.”

And he said African football was getting better, despite his side’s limp exit.

“It is not easy to become world champions but in Africa infrastructure is improving,” he said. “We need more technical directors, we need to work on refereeing as well. You need all those things in place.

“We’ve made mistakes in the past. You can’t just do it overnight. In all countries in Africa there is a real sports policy in place. We have to keep that up if we want to win these tournaments.”

Photo News: Rep. Femi Gbajabiamila, being shown some of the recovered...