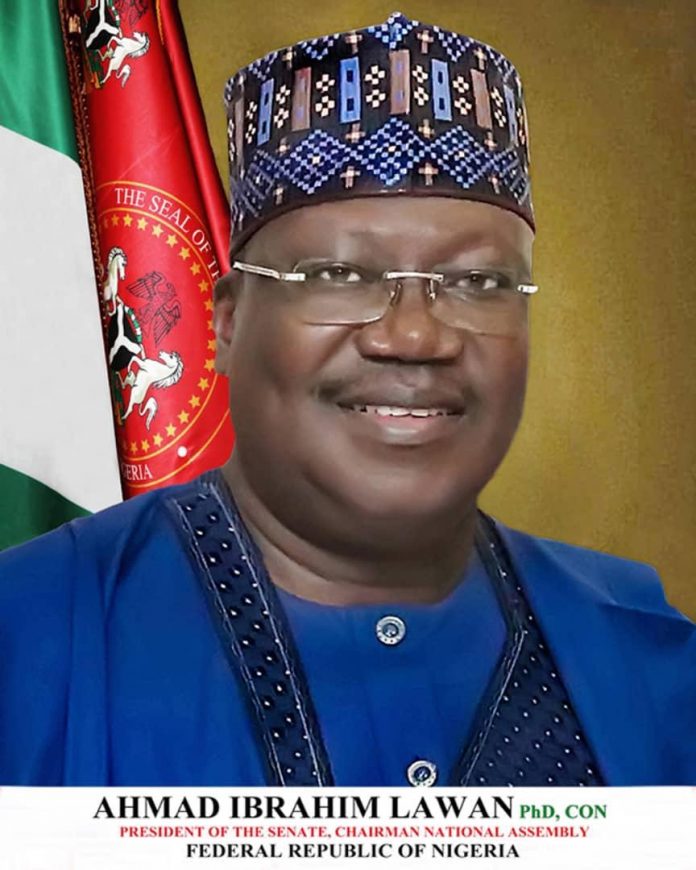 The Senate President, Ahmad Lawan and the North East Caucus of the All Progressives Congress (APC) have hailed the emergence of Senator Kashim Ibrahim Shettima as the vice presidential candidate of the APC for the 2023 general elections.

Lawan, in a statement personally signed by him on Monday noted that APC presidential candidate, Asiwaju Bola Ahmed Tinubu have made an excellent choice in Senator Shettima.

Read the statement in full:

On behalf of myself and the North East Caucus of our great party, the All Progressives Congress (APC), I heartily congratulate His Excellency, Senator Kashim Ibrahim Shettima, on his nomination as the running mate to our presidential candidate, Asiwaju Bola Ahmed Tinubu, for the 2023 general elections.

Asiwaju Tinubu and our party have made an excellent choice in Senator Shettima.

The former two-term Governor of Borno State entered public service with impeccable credentials, which he has burnished by demonstrating great competence, integrity and courage in all the positions that he has held.

His background in academics and the private sector prepared him for the achievements that he has recorded in politics as Governor and since his election to the Senate in 2019.

A loyal and committed member of our party, Senator Shettima has what it takes to be an excellent running mate to our flag bearer, and insha Allah, the Vice President of Federal Republic of Nigeria from next year.

We of the North East Caucus of the APC attest that Senator Kashim Ibrahim Shettima is the right man for the job and that he will be an able and loyal lieutenant to our incoming President, Asiwaju Bola Ahmed Tinubu, insha Allah.

We as a Caucus pledge our full cooperation and support to our candidates as we march again towards another resounding victory in the general elections.

We enjoin all members of our party across Nigeria too to give the APC Standard bearer and his running mate their utmost support.

We also assure Nigerians that the choices that our party has made in our presidential ticket are for the best of our country.

Buhari to Security Agencies: Rescue All Captives Across Nigeria