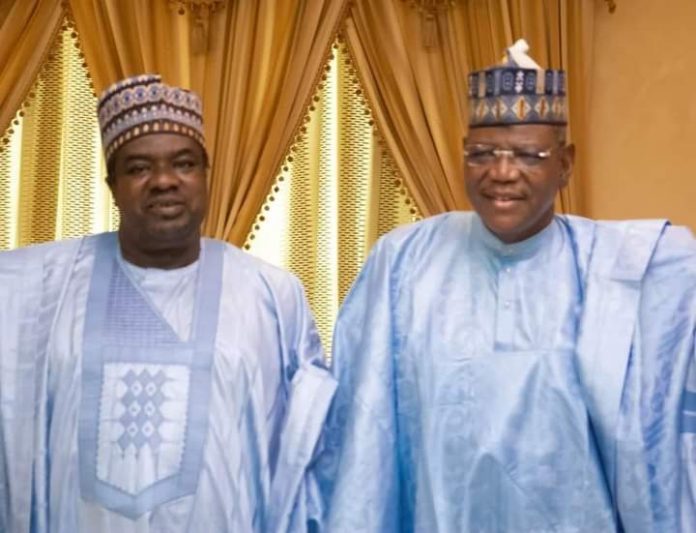 A former Governor of Jigawa state, Alhaji Sule Lamido has resolved his differences with his predecessor, Senator Saminu Turaki.

It would be recalled that the two former Governors were at each others neck for decades over political differences but have now aggreed to resolved their differences to wrestle power from the APC in the forthcoming general election.

The ex-governors met behind closed- door along with PDP executives headed by Honourable Babandi Ibrahim at the residence of Senator Ibrahim Saminu Turaki which lasted for hours.

Briefing news men shortly after the meeting, the PDP state chairman, Honourable Ibrahim said the meeting was fruitful and described it as a success.

Honourable Babandi Ibrahim explained that many issues were discussed regarding the preparation of the forthcoming primary elections of the party.

“As you all know that Ex Governor Saminu Turaki, is a leader in the party and his coming together with our leader, Alhaji Sule Lamido, God willing we will flush out the APC’s bad governance”, he stressed.

Also speaking, former Governor Saminu Turaki said APC leadership have drawn Jigawa state backward from the path of peace and progress which was reportedly put in place by his administration and his successor, Alhaji Sule Lamido.