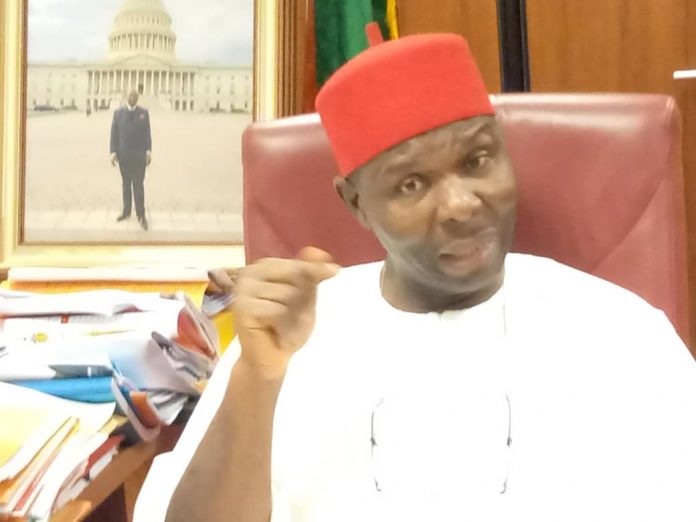 The new Senate minority whip, Senator Chukwuka Utazi has said the gale of defections across political parties is a fallout of last primary election of parties in the country.

Specifically, Utazi noted that it is the outcome of misunderstanding and improper handling of issues during the primary election of parties.

The senator, representing Enugu North senatorial district made this known while fielding questions from newsmen in Abuja.

“All I know is that with the way things happened in the last primaries of most political parties what we are seeing now is not a surprise.

“It is the outcome of such misunderstanding, improper handling of issues has given rise to this gale of defections not just one side, both sides”.

According to the lawmaker, the movement back and forth will not stop now.

On how to handle security of the country, the lawmaker explained that “security is not just going to buy ammunition for the army, police or intelligence. Security is providing employment”.

Continuing “I said this in the twilight of the 8th Assembly, my motion, looking at the issue of unemployment, where I said if you don’t, it will lead to a violent revolution.

“So when you are talking about security, security is not going and chasing people who are in the bush, it is not about chasing the bandits, it is not chasing kidnappers, the issue is to stop the system that provides that acts as a feeder to people that are bandits, unknown gunmen.

“Security is not buying ammunition, it is handling the effect instead of looking at the cause.

“This is what we expect the presidential candidate, in fact, the PDP as a party that want to take over to look at this issue critically”.

He stressed that the time for primaries has come and gone, saying any serious minded should go back to the drawing board, get the best of the planning team “because planning department of any establishment is the engine room of that organisation”.