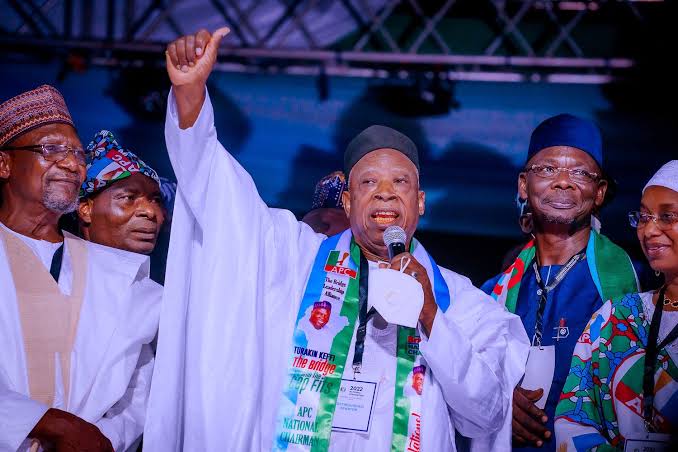 National chairman of the All Progressives Congress (APC), Abdulllahi Adamu on Wednesday bemoaned  defections of lawmakers in the Senate.

Similarly, on Wednesday, Senator Dauda Jika representing Bauchi Central and elected on the platform of the APC resigned his membership and joined the New Nigeria Peoples Party (NNPP).

The Wednesday defection brings the number of APC Senators to 66, with members of the minority parties standing at 43.

Rising from a meeting of APC senate caucus, Adamu said no responsible leader will not be worried losing one or two, saying the National Working Committtee (NWC) of the party was working to face the problem squarely.

“No responsible leader will not be worried losing one member, not talking of two or three. At the moment we are faced with stark reality of their problems and we are committed with the NWC to face the problems squarely, and see if the problems are solvable, we will solve them by the grace of God”.

On what the party would do to stem the tide, Adamu said “I don’t know what will happen tommorow; can I foresee tommorow” he asked?

Maradona to Be Buried Today outside Buenos Aires – Spokesman