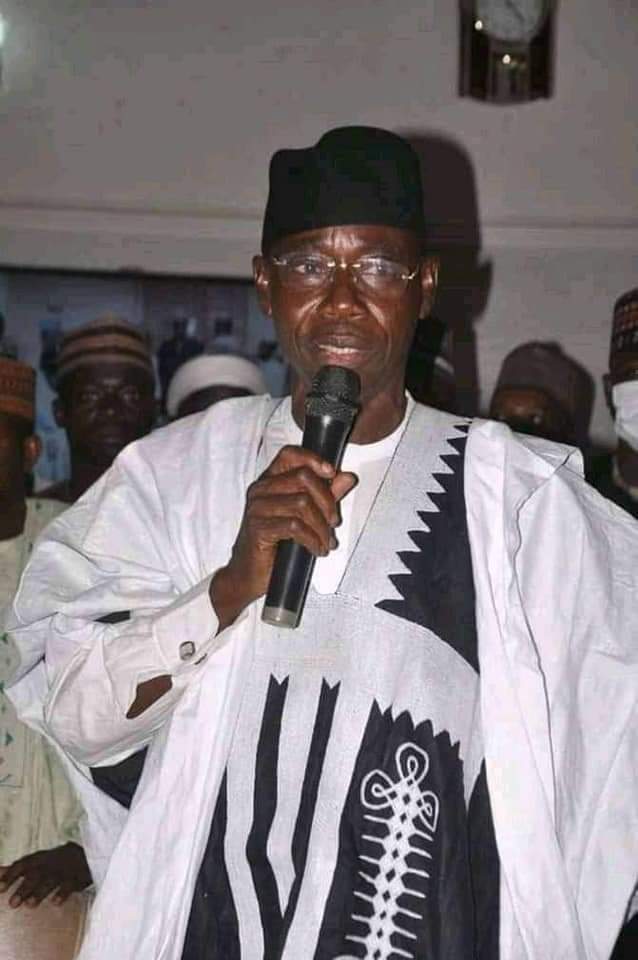 It has now become clear to all people of good conscience in Sokoto State and beyond that the reception organized to recieve the so called APC decampees into the PDP on Sunday 26th of June 2022, has passed as a Non-event and a laughable affair.

It is now obvious, that a battle line has been drawn, between the APC and the masses of Sokoto State on the one hand, and the selfish political merceneries and their pay masters on the other hand.The political wanderers that staged the show of shame last Sunday, danced naked in the market square, which only ended in inflicting incurable political injury on themselves and nailing their political coffins.

We are happy to see the formal departure of PDP moles, whose assignment has failed and who in the end shamefully went home with their tails between their legs.

We know all the defectors. They are people who have been rejected by their communities. They have no political value at State, Local Government or even at Ward levels.

The various speeches they made at the event, portrayed them as bad sportsmen, who should have no place in any democratic setting. Politics is like sports, where there are always winners and losers. Unfortunately, these are selfish individuals, who are only interested in their personal comfort, rather than the welfare of the people they claim to represent.

It is instructive to note that non of the so called decampees gave any acceptable reason, that attracted him to the unfortunate PDP bandwagon. Non among them sited any tangible State Government project or achievement, in any sector of human endeavor, because there is non. Rather they only engaged in political irrelevancies.

No wonder, the entire group is made up of people who have turned their backs on those that were instrumental to bringing them into political limelight. Among them are people who became Ministers of the Federal Republic of Nigeria, after being single handedly nominated by Senator Wamakko. There are also in the group, those who were single handedly sponsored into the State and National  Assemblies, with many of them being returned for more than two tenures, all courtesy of Senator Wamakko. These are familiar happenings that have only further strengthened, rather than weakened Senator Wamakko’s resolve to render more help, whenever and wherever the need arises.

At this juncture, we would like to call on the Sokoto State Government to explain to the people of the State, its reasons for abandoning the ongoing projects, such as the Illela Garage- More-Isa junction road and bridge, the Rijiya Dorowa overhead bridge, the Runjin-Sambo overhead bridge, as well as the State University Teaching Hospital and the Girls Secondary School in Kasarawa. Àll these projects have been abandoned in spite of the several revaluations and cost increases, over and above the original contract sums.

We challenge the Governor to explain why those projects have become conduit pipes, What are the original contract sums and what are the subsequent increases for each project?We equally challenge the Governor to explain to the people of Sokoto State, reasons for the inability of his Government, to renovate the Sokoto Central Market, as well as the fate of shop owners who lost fortunes in the ill fated fire outbreak early last year.We wish to call on the Sokoto State Governor, to borrow a leaf from his colleague Governors of neighboring  States, who have unfailingly paid the retirement benefits of civil servants in their States. It is disheartening to note that retired civil servants in Sokoto State are being owed gratuities since 2016, without any concrete plan of settling them, in spite of several broken promises.

We in the Sokoto State APC, wish to state categorically,  that we reject the outright sale of the State Civil Service Club premises along Ali Akilu Road,  because this is the only recreational facility available to civil servants in the State.

Equally, we reject the outright sale of the Buzaye mechanics village, along J. Allen Avenue, Sokoto and will take every available legal means to make sure that the mechanics are not ejected from where they earn their legitimate means of living. This is because, we believe the sale of this mechanic village, will add to unemployment and further compound the security situation in the State.

Finally, we wish to salute the patience and resilience of the good people of the State, in the face of the PDP misrule. We thank them for their understanding and encouragement. We wish to assure them that the All Progressives Congress APC is continuously waxing stronger by the day, both at State and National levels.We wish to draw the attention of our teeming supporters, that the political journey towards the 2023 General Elections, is only just about to begin and that those who rush to early false celebrations, are living in a fool’s Paradise and stand to be disappointed.We have every reason to believe that victory is certainly ours- In Sha Allahu.Thank you, Wassalamu alaikum.

(OPINION) Sokoto 2023: Wamakko as the political tree that makes up a forest -By Salisu Ibrahim

The law against banditry in Zamfara State.The message -By Sani Takori Mni

Okorocha Confident of a New Nigeria Devoid of Hate and Insecurity

‘Faithists’ and the COVID-19 pandemic -By Kayode Robert Idowu