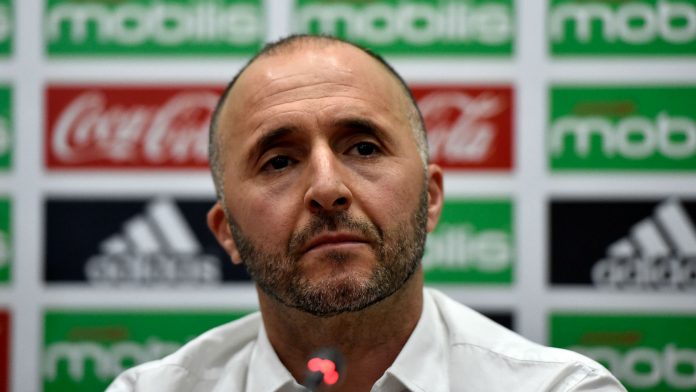 The Desert Foxes of Algeria head coach Djamel Belmadi has admitted how much of a great opposition the Super Eagles will be to his team.

Both teams will take on each other on Tuesday in an international friendly game at the Miloud Hadefi Stadium, Oran.

The North Africans are unbeaten in their last three matches against the Super Eagles and will be looking at extending their dominance over the two-time Africa champions.

Belmadi’s side defeated the Syli Stars of Guinea 1-0 on Friday.

The coach handed playing time to some new players with the likes of Riyad Mahrez, Youcef Belaili and Aissa Mandi sitting the game out.

“Nigeria is another game. We will try to get the whole group to play. The next game there will be more connection in our game because there will be players who are used to being there,” Belmadi said.

“You need automatisms to have a smoother game. Opposite, we have a good opposition. It’s not a small team.”

Qatar 2022: Finally, England, Wales, others opt out of wearing One Love armband

House of Reps postpones resumption of plenary over Renovation of Chamber

EPL: Lampard to consider goalkeeper options at end of season