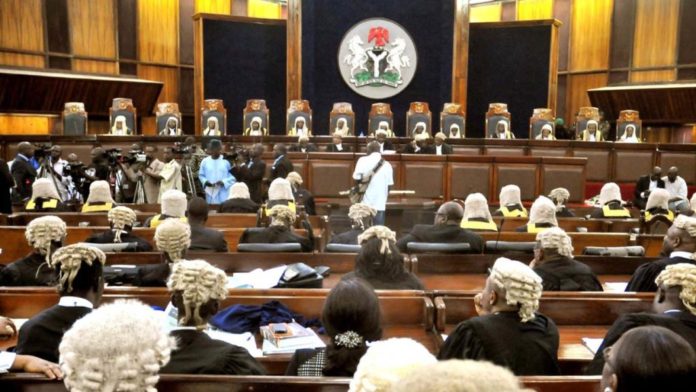 The Independent Investigative Panel on Human Rights Violations by the defunct SARS and other units of the Nigerian Police on Monday expressed disappointment at the police for reportedly abdicating from their responsibility of assisting the panel to arrive at justice of a case of alleged extra-judicial killing of one Godwin Ovoke Onomrerhino by the police.

The panel made this disclosure when counsel to the police, Malik Taiwo informed the panel that three policemen whom it had on two different occasions ordered their appearance are still absent when the matter was called up.

Dr. Garba Tetengi (SAN), a member of the 11-Member panel, chaired by Justice Suleiman Galadima (rtd) stated that the panel was disappointed with the attitude of the Nigeria Police in respect of the instant case.

Consequently, the panel ordered the arrest of Sergeant Musa Sunday, Lucky Kehinde and Lucky Okuku who the police had earlier testified were sitting in the same vehicle the day the victim allegedly jumped off a moving van and got injured in the process.

The panel in the same vein ordered the Inspector General of Police, Mr. Adamu Mohammed to ensure the arrest and production of the affected officers before the panel on the next adjourned date of 14th of April, 2021.

The panel recalled that the same matter had been adjourned a couple of times on the instance of the police who earlier promised to ensure that the three policemen who allegedly sat in the same police pick-up van the day Godwin allegedly jumped off a moving vehicle are produced to enable the panel to unearth the whole truth in the matter.

Inspector Kambari Tambari had also given testimonies before the panel, was ordered to produce documents on the movement of the deceased corpse to Medisarj Hospital, Obiakuru, Delta state.

When the petition was first heard on December 3, 2020, the petitioner, Godwin Onomrerhino narrated how his son was allegedly killed by the police, adding that he later wrote a petition to NPF Zone 5 for investigation.

CSP Isah Hassan and Inspector Tambari Kambari while testifying before the panel the same day gave contradictory accounts of the death of Ovoke, who they alleged was an armed robber.

Isah said the deceased was arrested on June 29, 2019, by the Igun Vigilante for an armed robbery incident on the Eku-Igun highway in Delta State on June 28, 2019.

The former Abraka DPO said the victim took policemen to where his gang kept their operational weapons they used in the robbery operation, adding that as they were returning to the station the deceased jumped from the police vehicle while in motion and got injured.

The case was adjourned till 14th of April, 2021 for continuation of hearing.