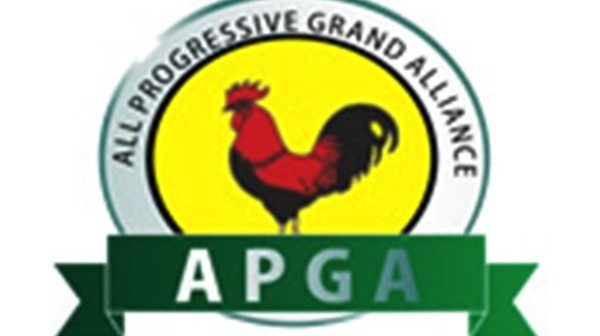 Chief Jude Okeke has been named as new acting chairman of the All Progressives Grand Alliance, APGA.

Similarly, the National Executive Committee of APGA sacked the two factional chairmen of the party, Tuesday, in Abuja.

His emergence followed a resolution from the party’s National Executive Committee, held on Tuesday at its National Secretariat, Abuja.

The resolution read further: “The NEC appointed the Deputy National Chairman South, Chief Jude Okeke as the Acting Chairman of APGA in accordance with the party’s constitution pending national convention.

“That the acting National Chairman Chief Jude Okeke should call for National Convention for the consideration of the report of the NEC on the suspension of the affected officers.

“That the members of the public and party supporters shall disregard any purported disqualification of any candidate for the Anambra Governorship Election as the sale of forms for prospective aspirants is still on till 25th day of June 2021.

“That the purported disqualification of Nze Sullivan Akachukwu Nwankpo, Hon. Okafor Nonso Smart, Hon Chukwuma Michael Umeoji, Ozoka Odera Ifeanyi, and Umeoduagu Nnamdi Dike are null and void as that was done without the authority of the party.

“That the party should apologize to members in Imo State in particular and all other states where aspirants were defrauded and denied their right to participate in the primary election of the party.”