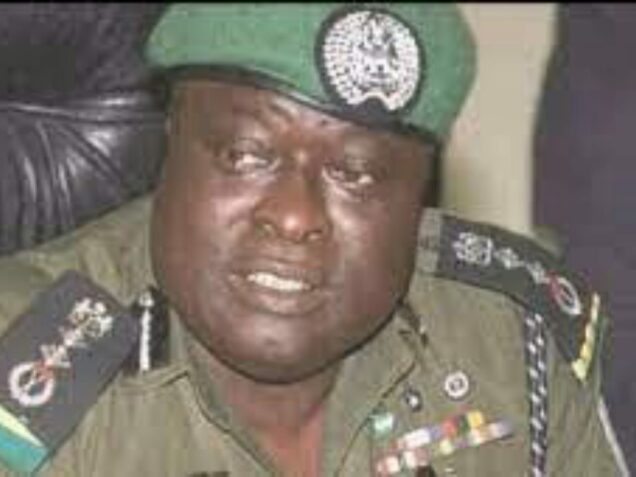 In a condolence message on Friday by presidential spokesperson, Femi Adesina, the Nigerian leader described the former IGP as a patriot.

“The President recalled that Tafa Balogun, during his tenure as IGP, did his utmost to ensure that the police performed its statutory responsibilities under a democratic dispensation; and his penchant for boosting the morale of officers and men in the Force has been acknowledged by those who served under him,” the statement added.

“President Buhari’s thoughts are with the family, the government and people of Osun State, as well as colleagues and former colleagues of the deceased police chief. He prays for the peaceful repose of the soul of the departed.”

In the same vein, the Nigeria Police Force (NPF) has also condoled with the family and associates of the former IGP.

“The Inspector-General of Police hereby condoles with the immediate family, relatives, fellow course mates, and friends of the late IGP and prayed for the repose of his soul,” Force spokesman Olumiyiwa Adejobi said on Friday.

According to him, the late Balogun achieved major feats during his stint as the IGP.

“IGP Mustapha Adebayo Balogun, NPM, fwc, who hails from Ila-Orangun in Osun State, was Inspector-General of the Nigeria Police Force between March 2002 to January 2005, and achieved major operational milestones including facilitating the establishment of the Police Mobile Force Training College, Ila-Orangun, Osun State,” the police said.

“A graduate of the University of Lagos and the University of Ibadan where he studied Political Science and  Law respectively, the former IGP served in various administrative, operational, and investigative positions all around the country. Late IGP Tafa, as he was fondly called, was a fellow of the National War College, as it was then called but now National Defence College, Abuja.”

The late IGP will be buried in his country home at Ila-Orangun, Osun State on Saturday 6th August 2022, according to Islamic rites.”

NARICT DG to petitioners: Go after my predecessors indicted for corruption