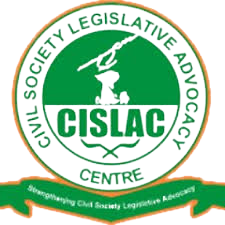 In a bid to save the country from imminent economic collapse, the Civil Society Legislative Advocacy Centre (CISLAC) has called on the state governors to sacrifice their jumbo salaries and allowances rather than their one-off retirement package proposal for workers.

CISLAC, in a statement by its Executive Director, Auwal Musa Rafsanjani and made available to SINL Nigeria Online in Abuja, also described the governors’ recent proposal to the Federal Government as “unrealistic and lopsided.”

Rafsanjani, who is also the Head, Transparency International Chapter in Nigeria, said CISLAC received the proposed measure to reducing cost of governance as a deceitful approach that may amplify existing socio-economic burden, suffering and inequalities among common Nigerians.

“The Civil Society Legislative Advocacy Centre (CISLAC) has been following with keen interest, the recent unrealistic and lopsided proposals to the Federal Government by the Nigerian Governors, under the auspices of the Nigerian Governors Forum (NGF), to offer Federal Civil Servants above 50 years of age, a one-off retirement package to exit the Service.

“While such proposal was tendered in view of reducing overbearing cost of governance that has hitherto rendered the Nigeria financially incapacitated to adequately finance the ailing critical sector of the economy, we cannot conceal the fact that it mirrors lop-sidedness, insincerity and lack of readiness by all levels of government to holistically address the contending issues backpedalling country’s socio-economic development,” he said.

He, however, drew the attention of all levels of government to various neglected issues that he said had aggravated high cost of governance and socio-economic inequalities in the country.

Rafsanjani said these include the systemic mismanagement of nation’s treasury and institutionalised spending of whopping sums on irrelevant activities that continued unabated at national and sub-national levels.

“We maintain our advocacy against unjustified numerous jumbo salaries, allowances, benefits, and public paid expenses enjoyed by the governors, their deputies, former speakers and their deputies throughout and after their tenures.

“This includes the states that erected private buildings as retirement packages for the public office holders as well as former governors who enjoy double payments from Senatorial positions.

“We are also worried by the increasing clamours for life-time pensions and benefits accrued to public office holders across the states, constituting a major component of the rising cost of governance,” he said.

The Executive Director also said that poor transparency and accountability are paving way for the inherent incompetence and abuse of public funds amounting to trillions of naira by successive administrations at all levels.

“As 85% of reform efforts have failed since independence, we are more worried by the dreaded impact of mismanagement and undue political interests that will continue to frustrate the success of socio-economic reforms; and without pragmatic measures could cost up to 37% of Nigeria’s Gross Domestic Products (GDP) by 2030, as reported by PricewaterhouseCoopers (PwC),” he added.

Rafsanjani also called for the removal of fuel subsidy which he said had caused more harm than good to the country’s economy.

“We are concerned by the needless fuel subsidy regime, which serves as a major contributory challenge to high cost of governance in Nigeria, with the Nigerian National Petroleum Corporation (NNPC) estimating an average of N120 billion monthly paid by the government on petrol subsidy.