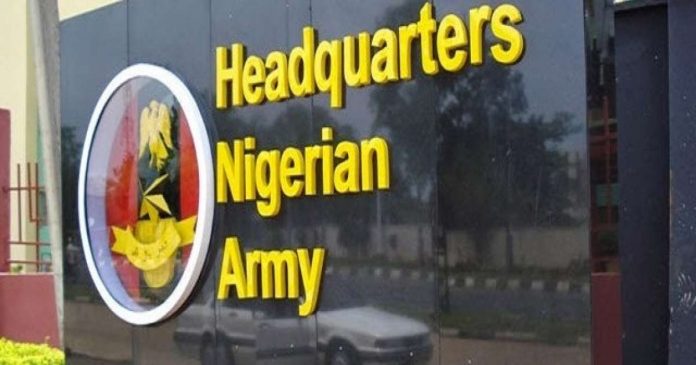 The Chief of Army Staff (COAS), Lt.-Gen. Faruk Yahaya, has urged insurgents, bandits and other violent groups to lay down their arms and surrender before it’s too late.

Yahaya gave the ultimatum on Monday in Maiduguri while addressing troops during the flag-off of a special welfare flight for personnel of Joint Task Force “Operation Hadin Kai”.

“We are getting them in droves surrendering already and we urge them to continue to surrender and lay down their arms and tow the line of peace.

“They other ones in the bush should also come out and surrender so that we conclude.

“If they failed, we will get to them; we have gotten some and will get to all who failed to surrender whether in North East, North West, or North Central,” Yahaya said.

The COAS said that the welfare flight being launched was part of his welfare plans to ease the movement of troops, particularly those on leave travelling to see their families.

“Travelling out of the theatre sometimes has been problematic due to distance and other associated challenges.

“It has been on my mind to find ways to ease this movement for the gallant troops that are here committed and dedicated to their job when they want to go on pass.

“Welfare as you know is one of the pillars of my vision for the Nigerian Army and I take this very seriously,” Yahaya said.

He lauded the synergy among the military and other security agencies in the fight against insurgency, saying it is yielding positive results.

While appreciating the sustained support of President Muhammadu Buhari, the Commander in Chief of the Armed Forces, to the military, the COAS said they would continue to reciprocate through total loyalty and dedication to their constitutional role.

Earlier in his address, the Chief of Operations Army, Maj.-Gen. Olabanji Akinjobi, said the COAS welfare flight for troops is a landmark initiative that will facilitate the movement of personnel in the theatre.

Akinjobi said the flight would be conducted twice a month with Maiduguri, Abuja and Lagos as the designated destinations.

“The exercise is entirely a welfare one, an initiative of the COAS.

“It has been in his mind since he was the Theatre Commander and we are grateful to him for this wonderful unprecedented initiative,” Akinjobi said.

The News Agency of Nigeria (NAN) reports that the Chief of Air Staff, Air Marshal Isiaka Amao, was represented at the occasion which took place at the Maiduguri Air Force Base by Air Vice Marshal Idi Lubo, the Air Officer Commanding Tactical Air Command.

Rivers Judgment: ‘Continue To Pay Your VAT To FIRS’ –...