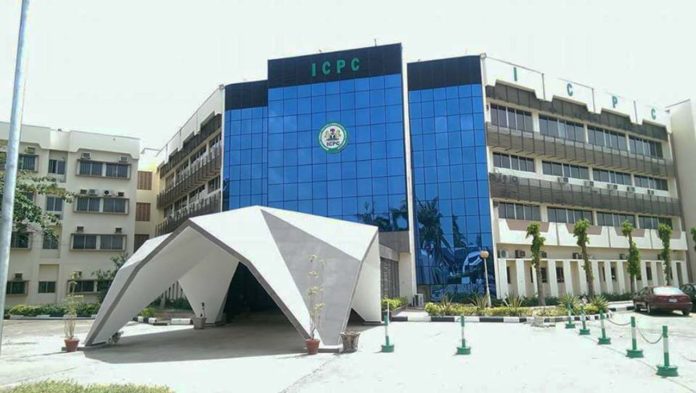 A Federal High Court, Abuja, on Wednesday, awarded a N10 million fine against the Independent Corrupt Practices and Other Offences Related Commission (ICPC) over malicious prosecution of a public servant, Emmanuel Ibe.

Justice Inyang Ekwo, in a judgment, held that the ICPC, in the course of the trial, had caused Ibe unnecessary discomfort and disruption in the life and career processing of the worker.

The News Agency of  Nigeria (NAN) reports that while Ibe, dragged the anti-corruption commission (defendant) before the court over malicious prosecution.

The plaintiff was, as at September 30th, 2016, the Director, Finance and Administration at the Police Services Commission (PSC) and also the acting secretary of the PSC up to July, 2016.

In the suit marked: FHC/ABJ/CS/379/2019, Ibe asked the court to award in his favour the sum of N500 million as general damages for malicious prosecution.

Ibe averred that in April 2016, while his curriculum vitae was being considered by the Presidency for appointment as the substantive secretary to the PSC,  the commission, in a bizarre manner, invited the him to make written statement under words of caution in respect of a petition written against the Chairman PSC, Dr  Mike Okiro about a year ago and which had no reference to him.

He said the ICPC, based on a petition written against him by a staff of PSC, Aaron Kaose, prosecuted him on criminal allegation and charges bothering on corruption, fraud and dishonesty.

He said as a result of the case, his name was dropped and not considered fit for the office of the secretary to the PSC and a permanent secretary was posted from another ministry to replace him.

According to him, pressure was mounted on the PSC and the Head of Civil Service of the Federation to have him suspended from duty pending the outcome of the prosecution.

However, the ICPC prosecuted Ibe up to judgment before an FCT High Court and his counsel defended himself on all the counts and at the conclusion of hearing, the court delivered a judgment and discharged and acquitted him on all the charges.

He said he defended himself in the cad by hiiring the services of legal practitioners and incurred legal fees in the sum of N5 million.

Delivering the judgment, Justice Ekwo said that the court made findings on whether the ICPC was able  to prove its case beyond reasonable doubt.

“Now, from the judgment of the Court (Exhs. PW1-A9-A34), the prosecution (ICPC) failed to prove its case beyond reasonable doubt.

“This means there was no basis for the prosecution of the plaintiff (Ibe) by the defendant (ICPC) going by the uncontroverted facts of this case.

“In other words, the defendant acted beyond the scope of its statutory duty when it filed a charge against the plaintiff and proceeded to put him through three years of prosecution which ended in his discharge and acquittal at the conclusion of the proceedings.

“This was clearly malevolent.

“I find that the case of the plaintiff succeeds on the merit, and I so hold,” he held.

Ekwo said that on the claim of N500 million against the ICPC as general damages for malicious prosecution, “the principle for the award of general damages has been well enunciated by the court.”

“The primary object of an award of damages is to compensate the plaintiff for the harm done to him or a possible secondary object is to punish the defendant for his conduct in inflicting that harm.

“Such a secondary object can be achieved by awarding, in addition to the normal compensatory damages, damages which go by various names, to wit; exemplary damages, punitive damages, vindictive damages, as where it discloses malice, fraud, cruelty, insolence, flagrant disregard of the law and the like,” he held.

“This was in my view, about three years after unnecessary discomfort and disruption in the life and career progression of the plaintiff.

“The effect that the prosecution has on the career path of the plaintiff cannot be quantified,” he said.

According to the judge, once malicious prosecution has been established, It comes with consequential damages.

“Upon weighing the circumstance of this case, I make an order awarding the sum of N10,000,000.00 (Ten Millian Nalra) against the defendant as general damages for malicious prosecution of the plaintiff,” the judge ruled.