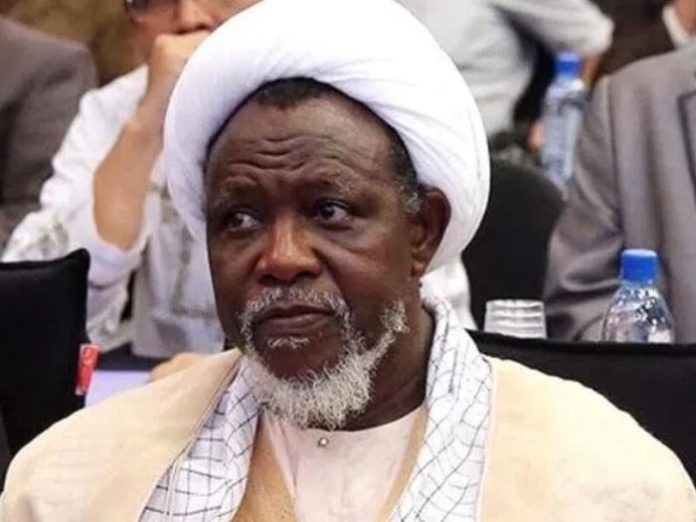 A Federal High Court, Abuja, on Monday, fixed Nov. 9 for hearing an amended suit filed by leader of the Islamic Movement, Sheikh Ibraheem El-Zakzaky, and his wife, Zeenah, against Nigeria Immigration Service (NIS).

Justice Obiora Egwuatu adjourned the matter following the absence of counsel to the defence in court.

It would be recalled that El-Zakzaky and wife had in January sued the NiS and its Comptroller General as 1st and 2nd defendants for alleged refusal to issue new international passports to them.

In the suit marked FHC/ABJ/CS/22/2022 filed by their lawyer, Femi Falana, SAN, the duo prayed the court to enforce their fundamental rights enshrined in the Nigerian constitution and the African Charter of Human and Peoples Right.

They prayed the court to declare that the alleged refusal of the NIS to process their travel documents to enable them travel abroad was illegal, unconstitutional, null and void.

But counsel for the NIS, Jimoh Adamu, denied the allegations of refusal to issue new passport to the couple, saying his office was conducting  investigations.

Adamu had, on February, approached the court with a motion for joinder praying the court to join the Department of State Services (DSS) and National Intelligence Agency (NIA) in the suit.

Justice Egwuatu, who granted the request, ordered El-Zakzaky to joined the DSS and NIA in the matter.

Meanwhile, in the amended suit filed by El-Zakzaky’s lawyer, DSS and and NIA are listed as 3rd and 4th defendants respectively.

Upon mentioning the case on Monday, no counsel appeared for the defendants.

Marshall Abubakar, who appeared for the couple, called the attention of the judge to the development.

Egwuatu consequently adjourned the matter until Nov. 9 for hearing and ordered that hearing notices be issued to counsel for the defendants in the suit.

Premiere Academy remains one of the best in the country -Principal