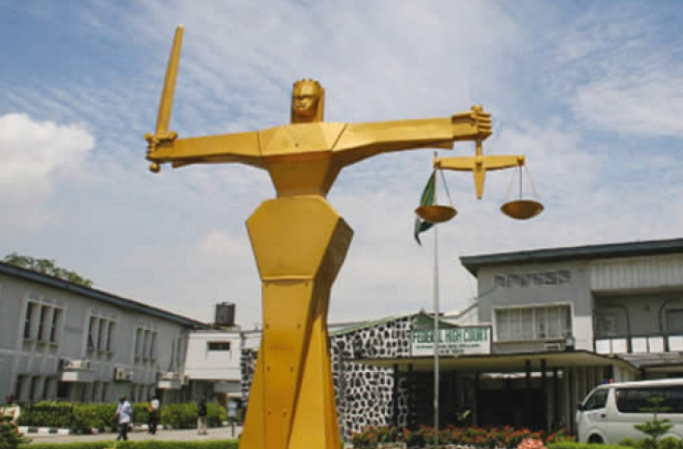 A Federal High Court, Abuja, on Friday, granted the plea by two members of the Peoples Democratic Party (PDP) from Zamfara; Sani Kaura Ahmed and Abubakar Muhammed, to amend the application filed to challenge Gov. Bello Matawalle of Zamfara’s defection to the All Progressives Congress (APC).

Justice Inyang Ekwo granted the prayer after Counsel to the applicants, Kanu Agabi, SAN, moved the motion and was not opposed by lawyers to the defendants in the suit.

The News Agency of Nigeria (NAN) reports that the plaintiffs, in a suit marked: FHC/ABJ/CS/489/2021, had asked the court to sack the governor and his deputy, Mahdi Aliyu Gusau, over their defection which they claimed had made them illegible to continue to hold the positions.

The plaintiffs are contending that, in view of an earlier judgment of the Supreme Court, to the effect that the APC had no candidates in the 2019 Governorship Election in Zamfara, having not conducted valid primaries, it would be unlawful for Matawalle and Gusau to retain their offices while defecting from the PDP to the APC, and thereby transfer PDP’s victory to the APC.

They want the court to, among others, declare that Matawalle and Gusau must resign from their offices before their defection to INEC to conduct fresh election, within three months, for the PDP to replace them.

However, while moving the motion for amendment of the suit, Agabi said that he had three motions filed before the court and that he would be withdrawing two of the motions.

The senior lawyer said a motion for an interlocutory injunction dated June 21 and filed June 22 would be withdrawn.

He also withdrew a motion seeking an order of interim injunction dated June 21 and filed June 25.

Justice Ekwo struck them out after the defence counsel did not oppose the move.

Agabi then moved the motion seeking for an amendment of the prayers dated and filed July 7.

NAN reports that the motion, which sought for the removal of the name of the deputy governor of the state among the defendants, also prayed the court for the inclusion of the Peoples Democratic Party (PDP) in the suit.

It would be recalled that while Matawalle defected to the APC, Gusau did not.

“In moving this motion, we are withdrawing Prayers 2 and 4. We request your lordship to grant us Prayers 1 and 3.

“I adopt this processes supported by 25-paragraph affidavit and two documents exhibited.

“We urge my lord to grant prayer 1 and 3,” Agabi said.
Ekwo granted the motion after the defence counsel did not oppose it.

The judge, who adjourned the matter until Sept. 29 for mention, ordered the plaintiffs’ counsel to file and ensure service of the amended process within seven days.

“I will give the next day for mention after I am satisfied that parties have joined issues in the matter,” Ekwo held.

Lagos PDP to Arapaja: Reconcile all interest groups in South-West