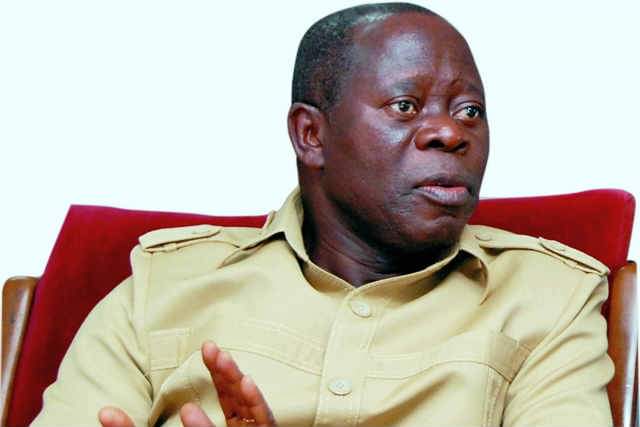 Justice Danlami Senchi of the High Court of the Federal Capital Territory (FCT) in Jabi, Abuja has restrained Adams Oshiomhole from acting as the National Chairman of the All Progressives Congress (APC).

The judge in a ruling on an application for interlocutory injunction on Wednesday held that Oshiomhole should cease to occupy the position pending the determination of the substantive suit.

Justice Senchi was of the view that the APC was wrong for retaining Oshiomhole as its National Chairman even when he is under suspension as a member of the party.

The judge ordered Oshiomhole to stop parading himself as the National Chairman of the party and directed the party to cease acknowledging him in that regard.