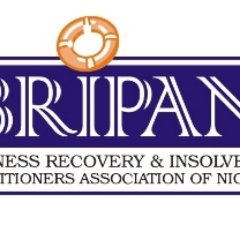 Akintunde, who is the Vice President of BRIPAN, made the disclosure in an interview with the News Agency of Nigeria (NAN) in Abuja.

NAN reports that President Muhammadu Buhari on Aug. 7, assented to the CAMA Bill which was recently passed by the National Assembly to reform the 30 years existing law.

President Buhari, who noted that the Act made it compulsory for the disclosure of persons with significant control of companies in a register of beneficial owners, said the new law would enhance corporate accountability and transparency.

CAMA 2020 recognises BRIPAN as one of the professional bodies that grants qualification to insolvency practitioners in the country.

However, there had been criticisms against its inclusion in the new law.

Reacting, Akintunde said the inclusion of BRIPAN in CAMA 2020 did not come as a surprise.

“Some of the criticisms against BRIPAN are that it is a non-profit organisation that is established for training and certification only and that its inclusion in CAMA 2020 will now allow it to make profit.

“Another criticism is that its inclusion in CAMA 2020 was done in order to compensate Dr. Abiodun Layonu, SAN, who happens to be a member of the ruling All Progressives Congress (APC).

“These criticisms are borne out of the fact that some people are attaching political and other sentiments to this recent development.

“BRIPAN is a non-profit organisation and its inclusion in CAMA 2020 is not in any way to compensate Dr. Abiodun Layonu, SAN, who was the second of the over eight past presidents of the association since its inception.

“Are we saying that the founding president (late Chief Adetona) and other presidents were working for Dr. Layonu or APC card carriers?

“I am sure you will agree that such is ridiculous and betrays political bias behind those criticisms,” he said.

The senior lawyer said that the critics were obviously not aware of the ground breaking contributions the body had made over the years in insolvency practice in the country.

According to him, the inclusion of BRIPAN in CAMA 2020 is an acknowledgment of its unwavering passion, commitment and efforts to improving insolvency practice in Nigeria in line with international best practices.

“Chapter 26 of CAMA 2020 now ensures that insolvency practitioners are appropriately qualified, possess the knowledge, experience and personal qualities that will ensure not only the effective and efficient conduct of the proceedings but also preserve the confidence reposed in BRIPAN,” he stated.

He described insolvency as a condition when an individual or company could no longer meet his or its financial obligations to lenders as debts become due.

He said the association was made up mainly of accounting and legal professionals who were active in the field of insolvency.

Giving a brief history of the body, the vice president said: “BRIPAN is a non-profit organisation and was incorporated on 17th June 1994 under the Companies and Allied Matters Act 1990 as a company limited by guarantee.

According to him, BRIPAN is committed towards improving the standards of performance and discharge of all those functions, powers and duties which are attached or incidental to the offices or position of liquidator, administrator, trustees and receivers.

“BRIPAN also facilitates trainings from time to time with ICAN and the NBA in some of its programmes.

“BRIPAN has been known to provide trainings to various regulators such as SEC, the NSE, etc,” he said.

The lawyer said the insertion of BRIPAN into the CAMA 2020 was not strange whether in Nigeria or in any other jurisdiction.

He alluded that “in the United Kingdom, there are hundreds of professional bodies which are recognised by statute and they are given the privilege to actively or passively participate in regulation of the particular profession in issue.

“it is also not unusual for a professional body not chartered to be given a role in regulation by law in other jurisdictions and the argument against BRIPAN is flawed.”

According to him, the Chartered Institute of Credit Management was only chartered in 2014 but was formed over 75 years ago and has been recognised as being involved in regulation before chartership.

He said insolvency itself was a regulated profession and involved recognition of seven professional bodies.

“Some of the bodies are chartered and some not chartered,” he added.

He said the Nigeria Bar Association (NBA) was mentioned in several enactments, although NBA was a body registered by Corporate Affairs Commission (CAC) as a company limited by guarantee in the same category as BRIPAN.

“If one is to follow the reasoning in the social media, this would mean that NBA would be considered a private organisation enriching the pocket of its founders.

“But NBA assists the Supreme Court in the regulation of lawyers and even in the collection of annual Bar Practicing Fees.

“Similarly, Capital Market Solicitors Association is also recognised by the SEC under the ISA 2007.

“Now, if you take the most cursory look at Section 2 of CAMA 2004 and the CAMA 2020, certain professions are recognised for the purpose of representation and membership on CAC Governing Board.

“BRIPAN is not one of them. NBA, ICAN, ICSAN, MAN and a host of other associations or professional bodies, chartered and non-chartered, are one of them. what should we make of that?” he asked.

Akintunde, however, clarified that CAMA 2020 “does not imbue BRIPAN with power to authorise practice as an insolvency practitioner (IP); this rests solely in CAC, as is obtainable in South Africa.”

In other words, he added, only CAC has exclusive licencing authority for practice as an IP.

He said contrary to misinformation circulating in the media, BRIPAN was not to be the only professional body CAC would recognise subject to the rules CAC planned to roll out in addition to the requirements already existing in the law.

“A careful reading of those statutory requirements will tell you that a professional body must show that it possesses the requisite body of knowledge for this specialist field, has developed adequate curriculum and trains its members – inclusive of continuous education– arming them with the relevant skill set and competence in addition to any formal education.

“It must ensure that the members are fit and proper to act. It teaches them professional ethics of an IP, and has disciplinary mechanisms to keep them from acting unprofessionally without prejudice to other legal remedies.

“There is therefore no reason to question BRIPAN’s role,” he said.

He described the criticisms against the association as unwarranted.

Akintunde  assured that the inclusion of the association in CAMA 2020 would further develop insolvency practice in Nigeria and make it more effective.

According to him, it is a big opportunity for insolvency professionals which will ensure effective management of companies having debt crises.

“I advice Nigerians to acquaint themselves with the activities of BRIPAN and insolvency practitioners in order to have a good understanding of what it is all about and also appreciate its contributions to insolvency practice,” he enjoined.

MTN Advances Investment into Broadband Coverage in first half of 2022

APC distances self from Attempt to Appeal judgement on Rivers chapter

Police, Complainant differ over cause of death of victim at Abuja...

Discos revenue targets are based on actual consumption -ANED