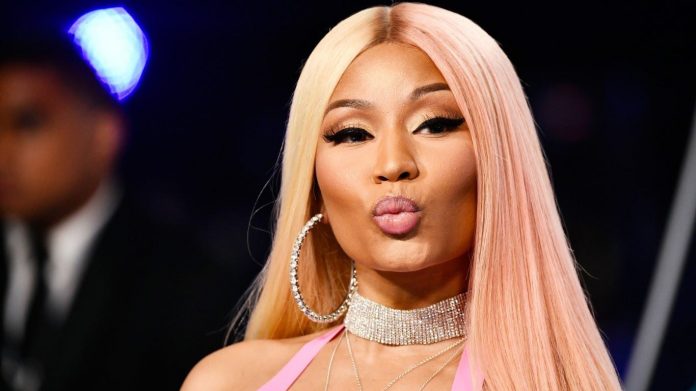 Nicki Minaj has sued blogger and podcaster “Nosey Heaux,” for allegedly calling her a cokehead.

Nosey Heaux, real name is Marley Green, had reportedly called Minaj a “cokehead” who was “shoving all this cocaine up her nose” in a recent video.

Responding, Mindaj claimed that the clip is defamatory. TMZ noteed that according to the lawsuit, the video received 260 retweets and roughly 2,000 likes and also included “vile comments” about Minaj’s son.

The lawsuit also alleged that Nosey Heaux was acting under direction from an unnamed rival of Minaj, “mistakenly believing that she and [Minaj] are stars of equal stature,” in a “hopeless effort to advance her career” at Minaj’s expense. Minaj, is suing for $75,000 claiming that she has never done cocaine.

Speaking to Pitchfork, Minja’s lAwyer Judd Burstein, attorney for Nicki Minaj, said “Marley Green is a disgrace—someone so lacking in fundamental decency that she has posted vile comments about Nicki’s 1-year-old son.  When this case is over, she will no longer be permitted to use the name “Nosey Heaux” because we will take her trademark from her when she does not have enough money to pay the judgment. Anyone else who spreads lies about Nicki will suffer a similar fate. My marching orders are to aggressively sue anyone with a media or social media following who damages her with intentional lies. Eventually, the lesson will be learned.”

Greem is howver yet to publicly comment on the suit, other than tweeting via her account @noseyheauxlive, “Nicki Minaj lied @TMZ,” sharing a link to the publication’s article on the lawsuit