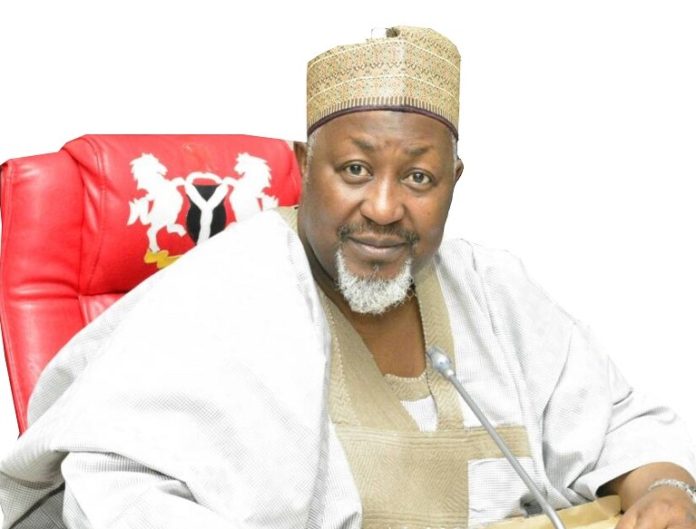 Jigawa state Governor, Mohammed Badaru has ordered that the suspension slammed on the Chairman of Yankwashi local government area on Tuesday by the state House of Assembly be lifted.

Indeed, he ordered the chairman to return to his seat immediately.

SINL Nigeria Online correspondent gathered that the Governor was forced to reversed  the decision of the state House of Assembly following alleged plan by some of the council chairmen to dump the APC to protest the recent suspension of Honourable Ahmad and the probe of eight others.

In a letter issued by the Governor through Muhammad Yusha’u, a Director local government inspection, with reference No JHA/LEG/25/V.IV/961, dated 10th May, cancelled the recent decision of the lawmakers”.

“I have been directed to convey the resolution and directive of his Execellency the Executive Governor instructing the chairman Yankwashi Local Government to return back to his office with immediate effect” It read.

The Governor’s further stressed that “in view of the above strength, this letter supercedes the earlier letter of suspension by the state’s Assembly”.

However, the aide to the suspended chairman confidently revealed to reporters that his principal and some of his colleagues are being witch-hunt following a protest against imposition of party’s delegates in their respective councils.

“In Yankwashi local government, the chairman is mandated to nominate five persons as delegates, a member of the House of Representatives has three delegates slots while the state assembly member has two slots, unfortunately,  the state party chairman submitted delegates list without given the chairman his slot”.

The aide who asked not to be named for fear of being victimised said the chairman demanded to know why, saying the party chairman remained adamant and insisted that it is an order from the above.

It would be recalled that the APC chairman briefly responded to reporters on Tuesday that he has submitted his complaint to state Assembly members who swiftly  responded to his query.

2023: Presidential aspirant drags PDP to court over high cost of...

Okorocha Confident of a New Nigeria Devoid of Hate and Insecurity