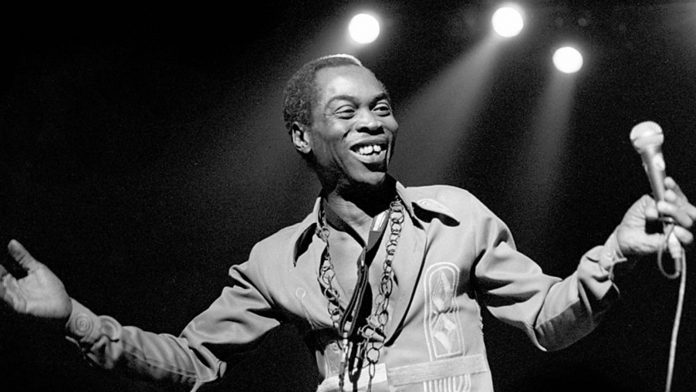 Scores of fans of the late afrobeat originator and activist, Fela Anikulap-Kuti, have taken to social media to draw parallels between the messages in the musician’s songs and the current state of the nation.

As the country celebrated ‘Democracy Day’, many went down memory lane to dig up some of the lyrics of Fela’s songs.

Drawing a parallel between those lyrics and happenings in the country, a Twitter user, Chuks Nwokolo, commented, “We were warned.”

Another tweep, Toba, wrote, “Fela died over 20 years ago. That time, Nigeria had ‘spoilt’. But, it is already decaying right now. He warned our parents.”

On her part, @iambolarinwha wrote, “I listened to this particular track daily while in the university. The truth in this song was the mistake Nigerians made in 2015. My anger right now is towards Yoruba leaders. They packaged him (the President Muhammadu Buhari.) and sold him like cookies. History will not be kind to them.”

A commentator with the handle, @muyi_west said, “The fact that Baba Fela’s music is still evergreen fully reflects the lack of progress in this contraption of a nation,” while another tweep, @Ohana_Agwu reacted by saying, “Fela, the prophet of all time.”

Some Nigerians have argued that Fela’s music would remain timeless because the ills he sang about during the military era are still happening in the country, despite the current democratic leadership. This is even as others have knocked the current crop of artistes in the country for failing to make socially conscious songs.

US singer, Lady Gaga Opens Up About Rape, Pregnancy At Age 19