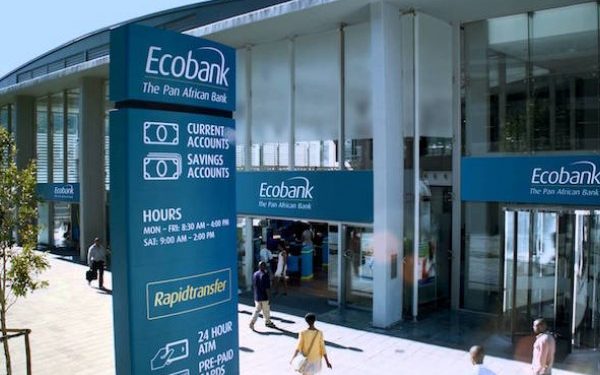 Ecobank Nigeria Limited holds less than 4% market share of Nigerian banking assets, according to a recent rating note by Fitch, saying that the bank also has a weak profit profile when compare with others under its coverage.

Rivalry among Nigerian lenders peaked after the Central Bank of Nigeria (CBN) 65% loan to deposit ratio rule took effect. This comes along with other margin dilutive circulars that sought to reduce transaction costs burden on customers.

According to the rating note, Fitch affirmed Ecobank Nigeria Limited’s Long-Term Issuer Default Rating (IDR) at ‘B-‘ with a stable outlook. It keeps the bank Viability Rating (VR) at ‘b-‘ and National Long-Term Rating at ‘BBB (nga)’.

It said Ecobank’s IDRs are driven by its standalone creditworthiness, as expressed by its VR.  This reflects the concentration of its operations within Nigeria’s challenging operating environment, high credit concentrations, asset-quality weaknesses, modest profitability and weak capitalisation in the context of these risks.

According to the rating note, Ecobank’s National Long-Term Rating of ‘BBB (nga)’ is constrained by the bank’s high credit concentrations, asset-quality weaknesses, modest profitability and weak capitalisation in the context of these risks. Explaining the downside to Ecobank operations, Fitch said rising global risks will weaken domestic operating conditions amidst a high inflation rate.

However, the rating note indicates that downside risks are somewhat mitigated by strong oil prices, which should also underpin growth in non-oil sectors and banks’ asset quality. It detailed further that Ecobank has moderate market shares of Nigeria’s banking sector assets at 3.9% in the financial year 2021.

However, it said the bank’s franchise benefits from being a subsidiary of Ecobank Transnational Incorporated, a large pan-African banking group with operations spanning 33 countries across Sub-Saharan Africa (SSA) with a heightened risk profile.

The rating note said Ecobank’s single-borrower credit concentration is very high, with the 20-largest loans representing 288% of Fitch Core Capital (FCC) at the end of the first half of 2021.

Oil and gas exposure, which is weighted towards the higher-risk upstream segment, is the highest in the banking sector, trending at 38% of gross loans in the financial year 2021. Fitch also said the group foreign currency lending is also the highest at 60% of net loans as of 2021, leaving Ecobank’s capital ratios more exposed to naira devaluation risk than peers’.

The global rating firm however expects the group impaired loan to decline. It said Ecobank ‘s impaired loans ratio of 16% as of 2021 was higher than at peers but has improved in recent years and is expected to decline further in the short term.

Ecobank Nigeria’s stage 2 loans which printed at 24% of gross loans at the end of last year remain high but are not expected to become impaired, the rating note stated. Fitch said Ecobank has the weakest profitability of all Nigerian commercial banks covered by Fitch, influenced by a narrow net interest margin (NIM) and high loan impairment charges (LICs) that have accompanied asset-quality issues in recent years.

The global rating firm however said it expects profitability to improve with rising interest rates and lower LICs that accompany receding asset-quality pressures, though it considered the group capital as modest. The bank’s total capital adequacy ratio (CAR) printed at 11.5%, declined by 10% in 2021, primarily as a result of Ecobank being required to book large prudential provisions against restructured and impaired loans.

Capitalisation is modest in the context of high credit concentration and market risk, Fitch said, adding that the Pan-African bank deposit structure is improving. Reliance on term-deposit funding which printed at 38% of customer deposits at the end of 2021 is material but has decreased in recent years and is expected to decrease further.

MTN Advances Investment into Broadband Coverage in first half of 2022

Panic in Kabul as Taliban take control of Afghanistan