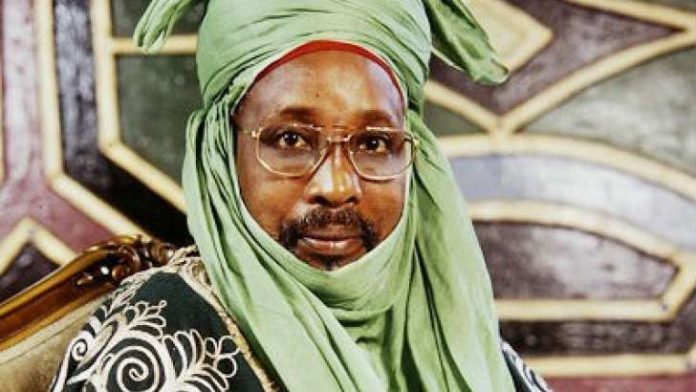 The Emir of Dutse, Alhaji Muhammad Nuhu Sunusi has described recruitment procedure of police as bane of the challenges of the Nigeria Police Force and alleged brutality of the force.

Specifically, the monarch bemoaned employment of bad eggs into the force.

The Emir spoke at the weekend in Dutse when he played host to the minister of water resources, Eng. Sulaiman Hussain Adamu.

It would be recalled President Muhammadu Buhari had instructed ministers to visit their state against the backdrop of the #Endsars demonstration across some parts of the country.

Alhaji Sunusi said, “we the emirs have been left out of the recruitment processes of police and civil defense despite the role we could play in presenting credible people that would be fit for the job”.

He said police recruitment process are being carried out without consultation with traditional leaders and other relevant stakeholders that ought to have some sort of input in the process.

He said, “It is we the emirs that have direct link with the people from the local communities, it is we who know responsible ones amongst the people, but we were completely alienated from the process which is why we would continue to have such bad elements within the system”, he declared.

The Emir explained how he had recently averted a potential crises when a trigger happy police officer shot and killed three persons over farmland dispute.

He advised that unless Police officers are subjected to intensive training and psychological tests, the society will continue to have killer policemen.

Earlier the Minister of water resources Eng Sulaiman Hussain Adamu who visited the governor of the state Alhaji Muhammed Badaru Abubakar at the state house declared that the President was worried over the unfortunate wantom destruction and looting that followed the end SARS protests and directed all the Ministers to visit their localities to feel the pulse of the people.

He said the President has called on the  traditional, religious and community leaders to continue to enlighten the people on peace and unity in the country.

While responding, Governor Muhammadu Badaru Abubakar said government and people of the state are appreciative of the presidents efforts on security and economic challenges facing the country.

Badaru assured that government and people of the state will continue to support the federal government policy in the effort to address the challenges facing the country.

Labour Declares Strike Over Mass Sack Of Workers In Kaduna

IPMAN commends NASS for inclusion of PEF in PIB

Updated: DSS fails to produce 4 out of detained Igboho’s aides...