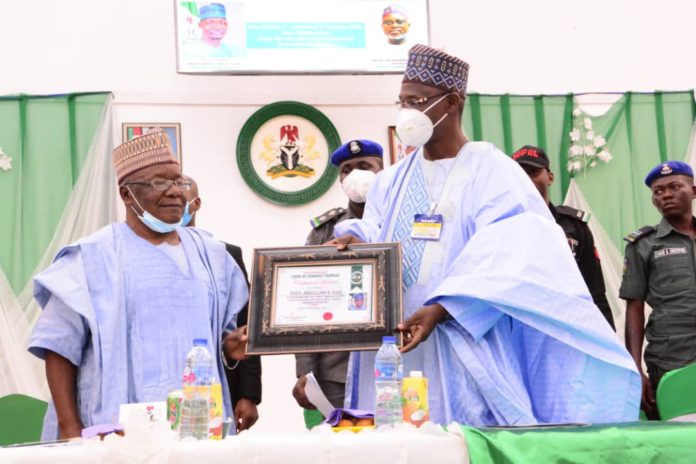 Nasarawa State Governor, Engineer Abdullahi Sule, has warned public officers under the employ of the state, against extra budgetary expenditures, saying such will go contrary to the Act establishing the Code of Conduct Bureau (CCB).

Engineer Sule handed down the warning Tuesday, while declaring open a two-day workshop on the strict compliance with asset declaration for public officers, organized in collaboration with the CCB,  holding at the Government.

According to the Governor,  it does not make any sense for public officers to continue to by-pass the 2020 budget earlier passed into law by the State House of Assembly, especially if they want to be honest, accountable and transparent.

While commending the bureau for organizing the workshop, aimed at instilling virtues of probity and trustworthiness in the conduct of public officers in the discharge of their responsibilities,  Engineer Sule, said this was in line with the objective of his administration to inculcate financial discipline and prudent management of public resources.

To this end, the Governor directed all public officers in the state to declare their assets, in line with the provision of the CCB, to guard against the wrath of the law, further warning of grave consequences for non compliance with the CCB Act Cap15 LFN2004.

Engineer Sule added that with government revenue just recovering from the effect of COVID-19, it has become necessary to synergize with relevant institutions of government and other non governmental organizations, in order to block leakages and ensure that resources at the disposal of government are prudently managed.

“We shall spare no effort in safeguarding our common wealth,” he stated.

“The vision of the CCB under the Act is enormous and pubic officers are encouraged to be on the side of the law,” he added.

The Governor urged resource persons at the workshop to do justice to their chosen topics, while also calling on the participants drawn from the three arms of government, including High Court Judges, members of the judicial Service Commission, Permanent Secretaries and other public officers, to utilize the knowledge to be gained for the benefit of the state.

Earlier, in a welcome address, Chairman of the CCB,  Professor Mohammed Isah,  said the bureau has the enormous mandate to establish and maintain a high standard of morality in the conduct of government business, towards ensuring that actions and behaviours of public officers conform to the highest standard of public morality and accountability.

Prof. Isah,  represented at the event by Reverend Ken  Alkali Madaki,  Commissioner representing North Central at the CCB,  thanked Engineer Sule, for accepting to support the bureau to conduct the workshop.

The CCB Chairman later presented an award to the Governor for his prompt compliance with the CCB Act by declaring his assets, shortly after he was elected Governor.