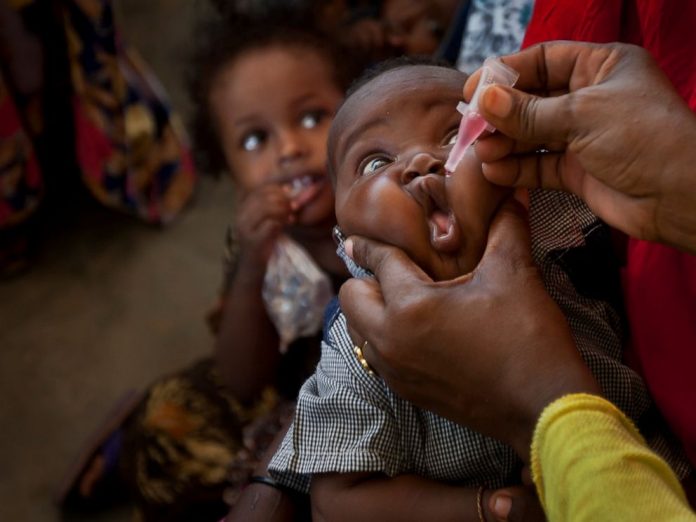 Enugu State Government says it recorded 100 per cent success in its just-concluded polio vaccination, which targeted 1,014,953 children aged between 0 and 5 years.

The News Agency of Nigeria (NAN) recalls that the state embarked on a five-day vaccination programme to prevent polio after receiving 1,306,700 doses of the new oral polio vaccines from National Primary Health Care Development Agency and its health partners.

Ugwu said that by the fourth day, the vaccination teams were able to hit the number of the targeted population.

According to him, the state even surpassed the projected target of children we set for the exercise, which is 20 per cent of the entire state population.

The ENS-PHCDA boss said that the overwhelming success, which international health partners that supervised the exercise attested to, was due to the commitment of Gov. Ifeanyi Ugwuanyi to the exercise.

Asked on what was done differently, Ugwu said that the Agency did massive mobilisation of community leaders, town union president-generals and religious leaders; while it sustained media sensitisation before and during the exercise.

“This wide sensitisation created the demand for the polio vaccine even before our vaccinating teams got to the children and also helped in countering any perceived unfounded misinformation concerning the polio vaccines.

“Two, we also paid transport stipend directly to the vaccinating teams especially those at the ward levels and same provision for their supervisors as well as other incentives given by the Gov. Ugwuanyi to ensure the success.

“The governor also improved on the storage capacity and logistics of moving the vaccines with right packs and temperature to the various Primary Health Care (PHC) centres and ward aggregation points leading to quick and seamless distribution.

“Again, we ensured accountability from our supervisors as the Agency kept them on their toes and ensured daily review of vaccination activities in each council areas during the exercise,” he said.

Ugwu noted to ensure no child was left out, the state added two extra days (mop-up days), to enable the vaccination teams to keep searching all the nook and crannies.

“We have to send another text message to the community and religious leaders across the state, appealing to them to use traditional means to get across to their people to ensure that no child is left out and they did,” he said.

The ENS-PHCDA boss lauded Gov. Ifeanyi Ugwuanyi for supporting the agency tremendously for the exercise, and mobilizing both professionals and logistics, to ensure the huge success recorded in the exercise.

“Our health-loving governor, Chief Ifeanyi Ugwuanyi, has supported the agency to ensure that no child is left out, notwithstanding the remoteness and the extra cost to locate the child,” he said.

He also appreciated the health partners of the state for providing the support and guidelines followed by the Agency for resounding success.

How Ondo varsity lecturer died in his car after retirement