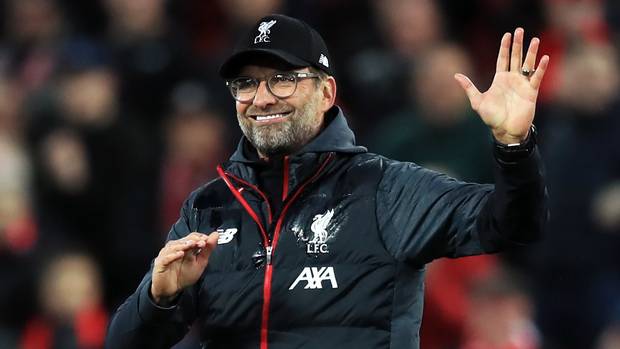 Callum Wilson’s controversial early opener sent shockwaves around Anfield after a run of three defeats in four games in all competitions.

However, the prolific duo of Mohamed Salah and Sadio Mane quickly turned the game around and a heroic goal-line clearance from James Milner in the second half secured the win to open a 25-point lead at the top of the table.

Jurgen Klopp’s decision to make seven changes for Tuesday’s 2-0 defeat at Chelsea in the FA Cup had been questioned as Liverpool lost the chance to build some momentum heading into a big week.

Atletico Madrid visit fortress Anfield in the Champions League on Tuesday hoping to defend a 1-0 first leg lead and despite the enormity of that clash, Klopp only rested Andy Robertson although first-choice goalkeeper Alisson Becker was also sidelined by a hip injury.

The spread of coronavirus could have a big impact on the Reds’ title celebrations in the weeks to come with the possibility of games being played behind closed doors. But the abandonment of the normal pre-match ritual of handshakes was the only disruption to the Premier League calendar this weekend.

Liverpool’s dip in form has coincided with a lack of clean sheets for Klopp’s men after a run of 10 in 11 league games between early December and mid-February.