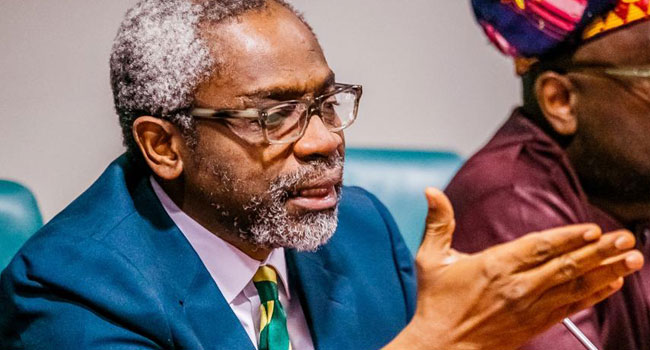 The Speaker of the House of Representatives, Rep. Femi Gbajabiamila has commended President Muhammadu Buhari for listening to the call by Nigerians across the length and breadth of the country to disband the Special Anti-Robbery Squad (SARS).

Gbajabiamila said in a statement by his spokesman, Lanre Lasisi, that the dissolution of SARS was a necessary response by the government to the outcry arising from multiple documented excesses of the Special Anti-Robbery Squad (SARS) across the country.

Gbajabiamila also commended Nigerians, particularly the millions of young people at home and abroad, who saw a wrong and sought to make it right, who saw injustice and acted to put an end to it.

The dissolution of the Special Anti-Robbery Squad (SARS), and the broader, ongoing reforms of the police that will follow, are a testament to the passion and resilience of a generation of Nigerians who determined not to accept or tolerate injustice in whatever form it takes.

The Speaker called on the Inspector General of Police (IGP) Mohammed Abubakar Adamu to take practical steps to support and enforce this policy pronouncement.

He said: “These steps are necessary to assure the Nigerian people that the announced dissolution of the Special Anti-Robbery Squad (SARS) is sincere and well-intentioned, and not merely meant to quell the ongoing protests across the country.

“The Nigeria Police Force (NPF) must also act to identify and punish those operatives of the Special Anti-Robbery Squad (SARS) involved in the most severe cases of abuse of rights, brutality and murder of Nigerian citizens.”

Gbajabiamila noted with displeasure the police’s manhandling of the some protesters, who came out in numbers to protest peacefully.

The Speaker wishes to assure all Nigerians that the dissolution of the Special Anti-Robbery Squad (SARS) will not preclude the ongoing efforts by the House of Representatives to effect reforms of the police through legislation.

“There is still a pressing need to have an independent system for monitoring police actions and holding police officers to proper account for failures to follow the law and the police code. The House will continue its work to legislate lasting solutions to the problems of policing in Nigeria.”

In support of these efforts, the House will this week meet with the national leadership of the Nigeria Bar Association (NBA), the Nigerian Human Rights Commission (NHRC) and select civil society organisations to begin joint efforts at developing a legislative proposal.

“Whatever legislation emerges from this collaboration will be presented to the House within the 30-day timeline announced by Speaker Gbajabiamila at the special session of the House of Representatives on Wednesday 7th October 2020.”

The House had on Wednesday rose against brutality of SARS officers, passing some vital resolutions on the matter and demanded the IGP to take decisive action against the brutality and human rights violation by SARS officers and report the said action to the Green Chamber within three weeks.

The lawmakers also requested the police chief to produce a comprehensive record of disciplinary and/or judicial action taken against the officers accused of abuse of power in the past five years.

Equally rising from the resolutions, the House asked the IGP to produce an immediate plan for identifying and compensating the victims of the brutality and abuses.

With regards to reforming the police, the House resolved to take immediate steps to amend existing laws and the the 1999 Constitution to excise Section 215 (5) and replace it with provisions that ensure judicial review of police actions are enshrined and protected by the constitution.

Furthermore, the House resolved to establish a framework for holding individual members of the Nigeria Police Force (NPF) accountable for their conduct in the course of performing their lawful duties, including criminal and civil liabilities.

It was equally resolved that the Nigeria Police Force would be allowed to bear civil liability for failures in their conduct and operational procedures that lead to violations of citizens’ rights.

Trump finally wears a mask, as virus rages in America