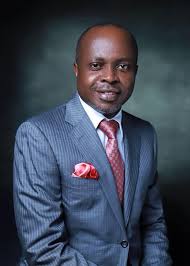 A group, the People’s Democratic Party (PDP) Voice World Wide, led by its National Chairman, Chief Victor Lamai, has applauded efforts of Engineer  Gideon Ikhine for his immense contribution to the growth of the PDP over the years in Edo State and the country at large.

According to Lamai, the organization appreciate all the efforts put in place by Engr. Ikhine in the restructuring and repositioning of the PDP.

“Stepping down your governorship ambition in support of the aspiration of Governor Godwin Obaseki for a second term, is the height of your commitment to the progress and stability of the Party in Edo state in particular, and Nigeria at large. And this has in no small measure endeared you to the heart of Edo people as a great leader who believes in the growth and development of the state.

“We also commend you for the great sacrifice you made during the transition of the governor of Edo State, His Excellency, Godwin Obaseki from All Progressive Congress (APC) to the Peoples Democratic Party (PDP).

“You were the front runner for the PDP Governorship ticket in the primary until the coming of His Excellency, Godwin Obaseki, but you sacrificed it for the good people of Edo by welcoming him and his amiable Deputy Governor, His Excellency, Philip Shuaibu and their supporters happily into the PDP family.

“With your formidable political structure cutting across the political landscape of Edo state, which is formidable enough to beat the other aspirants and even defeat the incumbent if he had remained in the APC”.

Continuing, “Your support for the unity, peace and progress of the PDP during the transition period and the  emergency of Godwin Obaseki as the flag bearer without a single vote being casted, was spurred with your stepping down as the purveyor of his and (PDP) victory in the coming governorship election.

“You have also availed the party with your political structure for the governorship campaign. This has fostered greater unity in the quest for Osadebe House and for the greater good of Edo State.

“We at PDP Voice Worldwide have pledged to offer all and any possible assistance to the campaign in ensuring victory at the forthcoming polls With our national and state structure”.

Chief Lamai also urged the good people of Edo State to come out in their large numbers to support the reelection of Governor Godwin Obaseki, who has reportedly done very well for the state and with another additional mandate, he will take the state to greater heights especially now that he belongs to the PDP.

“We are very positive that His Excellency will not only deliver on all of his promises but will make the state an envy of other states in the country, because of the level of all round development that he will bring to the state”, Lamai added.

Engr. Gideon Ikhine is a Fellow of the Nigeria Society of Engineers (FNSE), a member of Council for the Regulation of Engineering in Nigeria (COREN), a  consummate Politician and a member of the People’s Democratic Party.

See also  For the good of Nigeria -By Matthew Agboma Ozah

Interpreting why nations fail or struggle (Part 2) -By Pat Utomi