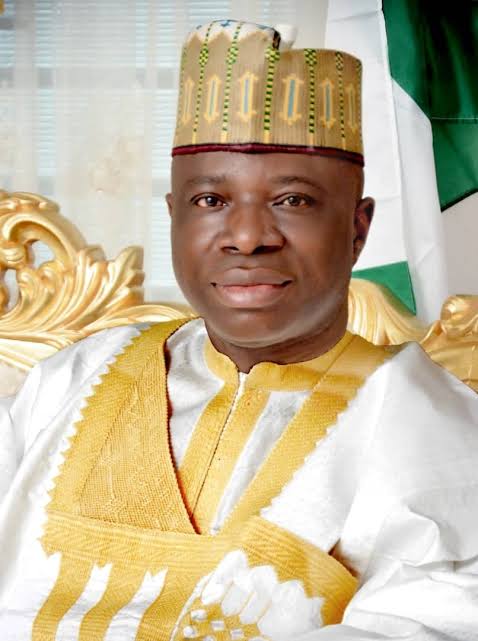 Senator representing Kogi central senatorial district, Senator Yakubu Oseni has passed vote of confidence on Governor Yahaya Bello’s administration. Indeed, the lawmaker revealed why he did not seek for return ticket to the Senate in 2023.In an interview with select journalists, he dispelled insinuations of disagreement with Governor Bello.Specifically, Senator Oseni also clarified that he has no plan to decamp, but would move along with the governor to any party; he also spoke on his future political plan.

Que: One is surprise that inspite of several constituency projects to your credit, yet, you did not purchase nomination form to return to senate in 2023

Fortunately, my governor is a very just and fair person that doesn’t want to hurt one person or the other. Even him trying to play the game according to the rule in the area he was so bitter that he couldn’t throw his weight to support me, but he has to play the game the way it is so that he will not truncate what actually he met on ground.
My zone has taken its turn and he has to bitterly take it the next zone that is supposed to take it, because that is how it is being played in my zone. When next it is the turn of my zone they may consider me since I have done well. I’m still very young and very available for the job.

See also  2023: We have not zoned our Presidential ticket –PDP

Que: There are insinuations of disagreement between you and Governor Yahaya Bello

That is what people will ordinarily think about in political environment. Fortunately, the reverse is the case. Governor Yahaya Bello is my boss. He brought me into politics. I am a pure technocrat, a banker. He saw what I have been doing and brought me into politics. I worked with him as Chairman, Kogi State Internal Revenue Service. The fact that I did very well there made him to support me to come to National Assembly as senator to contribute my quota.
He remains my boss and there is no way I will have any fracas or disagreement with him. That will be the last thing that will happen in this world because I’m 100% loyal to him. He discovered me, brought me up politically and I will continue to be loyal to him.
As far as I am concern, what he has done is the right thing because he has to play the game by the rule. He is a fair and just leader that is why I said he bitterly took it away from me because he is not happy I am not returning, but he has to do that to please the majority. There are no differences at all. Even yesterday we were together for more than five hours. Anything he is doing you will see me there; were are together.

Que: We also hear rumour that you are planning to decamp.

Yes, it is possible, if Yahaya Bello is decamping I’m decamping. That is the only way; outside that, it will not happen. I remain under his canopy.

Que: Can you tell us your future plan politically?

Plans belong to God, you do your own, God will do his own. As at today, I think I still have up to a year in the National Assembly. I am still concentrating, doing my job meticulously waiting for my boss for his next action. If my boss say go right I will go right, if he says go left, I will go left. That is my next plan.

.…….Putting this side by side with those who said they must go on, is it their legitimate right?

That is somebody like Senator Smart you are talking about. Yes, we met him in the political environment and he has his own ideology when it comes to politics. He joined Governor Yahaya Bello and I came with the governor. So, his own ideology is completely different from my own. We are not from the same zone; he is from Kogi West and I am from Kogi Central where the governor comes from. May be he saw what I couldn’t see as a veteran in the field. I won’t blame anybody for whatever action they take; that is his/her prerogative. His own paying him and mine is paying me. It depends on what you want; that is life. I don’t want to say much about it. That is the way he wants to play his own and this is how I want to play my own and I am happy with my own and he is happy with his own.

Que: Which area do think Yahaya Bello government needs to give attention, considering the fact that no government is perfect?

We are human beings, not gods. As far as I am concern, there is no government that is completely good 100% not even in the developed world. In Governor Yahaya Bello’s government, talk of security, you cannot achieve security 100%.  He has tried very well, but I’m seeing some pockets of insecurity coming up again. I advise he should change tactics in fighting insecurity in the state because some pockets of insecurity is surfacing in some areas. That is the area he performed best and I I want him to go out with that clean slate, I don’t want anything to touch it. I will also advise that he should concentrate, complete and commission all ongoing projects so that the next government will not abandon them as is the practice in Nigeria.

Ondo Guber: Impressive turn out as residents go to polls