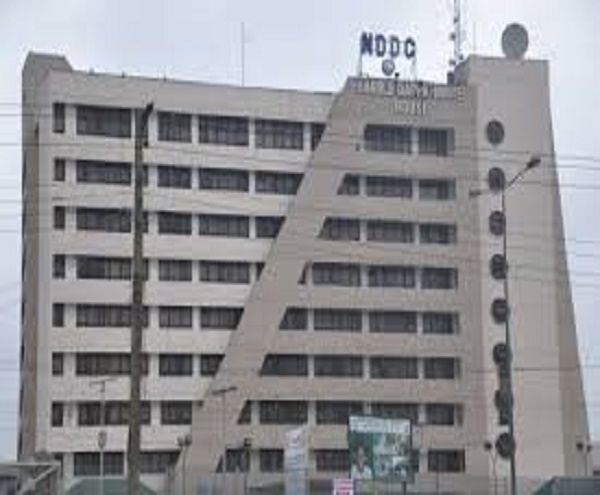 The Independent Corrupt Practices and Other Related Offences Commission (ICPC) says it has commenced an investigation into various allegations of corruption and misappropriation of COVID-19 funds in the Niger Delta Development Commission (NDDC).

Spokesperson of the ICPC, Mrs. Azuka Ogugua, disclosed in a statement on Saturday that some top directors and staff of the agency have been quizzed after months of intelligence gathering.

Recall President Muhammadu Buhari, in July, ordered a speedy and coordinated investigation into the corruption scandal in the agency following a series of drama, blames, and counter-accusations among others.

According to the ICPC spokesperson, top officials are being interrogated in the alleged diversion of N5.47 billion meant for the purchase of Personal Protective Equipment (PPE) for health workers handling the Covid-19 pandemic in the nine states of NDDC.

“The Independent Corrupt Practices and Other Related Offences Commission (ICPC) has quizzed top management staff of the Niger Delta Development Commission (NDDC), over allegations of various acts of corruption such as diversion of funds, procurement fraud and misappropriation of the agency’s Covid-19 funds.

“Some directors of NDDC were interrogated at the Commission’s headquarters recently, after months of intelligence gathering, following the receipt of petitions from Nigerians on the alleged illegalities and contracts fraud by some officials of the agency,” it added.

“Top officials of the agency are being investigated for their complicity in an alleged diversion of N5.474 billion meant for the purchase of Personal Protective Equipment (PPE) for health workers handling the Covid-19 pandemic in the nine states of NDDC,” the statement read in part.

Mrs Ogugua said that the commission is also investigating the payment of monies for some staff training abroad, which was never attended due to the global lockdown measures enforced to curb the spread of COVID-19.

“The Commission is also investigating the payments of millions of naira to the staff of the agency for foreign training during the Covid-19 full lockdown which were never attended, as well as the non-payment of entitlements to students on foreign scholarships.

“Other allegations being investigated by ICPC include the selling of back-dated contract award letters for projects and awards of contracts that were not captured in the budget of the NDDC,” she stated.

The ICPC spokesperson added that the Commission has retrieved relevant documents that will help in uncovering the truth, recover diverted funds and prosecute anyone found to have breached the law.

NCC did not move 5G deadline after only MTN submitted bid