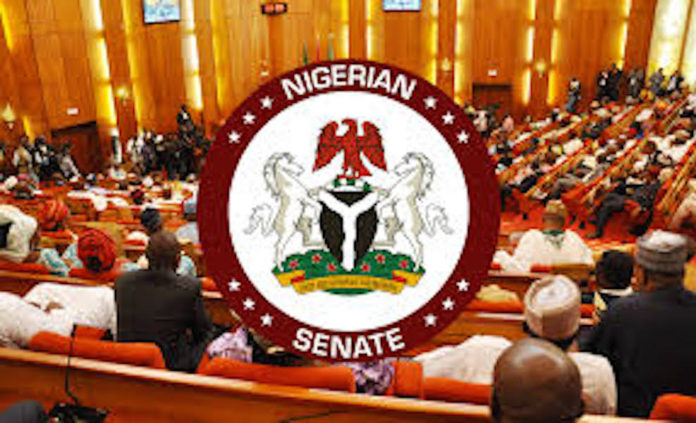 A petitioner, Pastor Niyi Adebanjo, who petitioned the Senate committee on ethics, privileges and public petitions on Thursday on behalf of the Redeemed Christian Church of God (RCCG), tendered an unreserved apology to the Minister of works and Housing, Babatunde Fashola for claiming that N151m was paid to contractors between 2016 and 2018.

Recall, the RCCG had in a petition filed by Pastor Adebanjo on behalf of the General Overseer, Pastor Enoch Adeboye, accused the ministry of Works and Housing of making payment to the tune of N151m to Cartil Construction Limited for the rehabilitation of the road which the church rehabilitated as part of its Corporate Social Responsibility.

Specifically, he alleged that the ministry paid the money between 2016 and 2018 to the contractor that abandoned the road which was actually reconstructed by the church at a cost of N181m.

The RCCG therefore prayed the Senate to direct Cartil Construction Limited to refund the money and ensure its payment to government coffer.

But Fashola, who appeared before the Senator Ayo Akinyelure led committee on Thursday, explained how his Ministry paid N151m to the Cartil Construction Nigeria Limited for the rehabilitation of the Ife-Ifewara Road.

Acccording to Fashola, the money was not paid between 2016 to 2018 to the contractors.

Continuing, the minister said contrary to the position of the petitioner, the contract for the road was awarded to Cartil Construction in December 2010 for N662m as a constituency project executed under the Ministry of Works; five years before the Buhari’s administration.

“Basedon Section 36 of the Public Procurement Act, the contractor was entitled to 15 per cent as mobilisation fee”.

He said the then minister first approved the payment of  N99.4m to Cartil Construction Limited as 15 per cent mobilisation fee in 2011

Fashola noted that contrary to the RCCG claims, the ministry under him did not pay any money to the contractors between 2016-2018.

“The Ife-Ifewara Road is not a federal road. It is a state road within Osun State in the South-West Nigeria.

“It is a 6.3m wide single carriageway, 15km long with 1.5m earth shoulders on either side.”

Meanwhile, Adebanjo, who petitioned the Senate on behalf of the RCCG, tendered an unreserved apology to the Ministry for claiming that the the N151m was paid to the contractors between 2016 and 2018.

The pastor also apologised to the Minister and the Ministry that the Church did not inform them before rehabilitating the road and for not doing proper enquiry before petitioning the Senate.

Adebanjo said, “I like to state very clearly that the core of this petition is not against the Ministry of Works and Housing.

“The basis for this petition is to call Nigerians to the corruption that is going on especially on road construction in this country.

“When Pastor E.A. Adeboye intervened, it was because his people called him. That road became a den of thieves and kidnappers. And when he was summoned, of course, we have a part to apologise for not going through proper procedure for the intervention” he added.

Ortom: A true Nationalist in Leadership

Ekiti Central 2023 Elections: I’ll not take my unopposed ticket for...