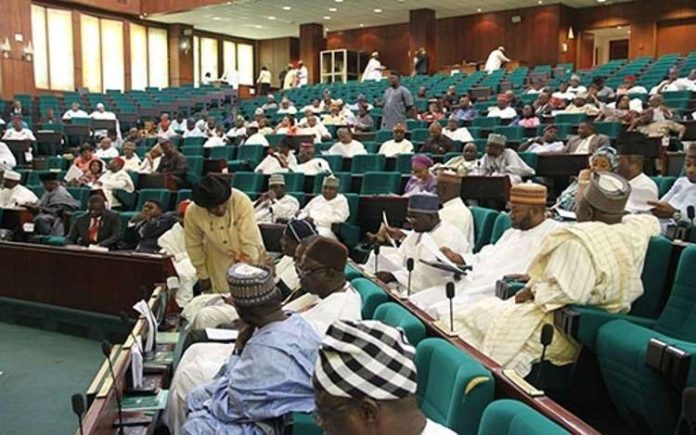 Honourable Chinedu Emeka Martins, member representing Ahiazu Mbaise/Ezinihitte federal constituency of Imo state on Wednesday said all hands must be on deck to make sure Imo state recovers from her depreciating fortune and eroding heritage.

The lawmaker said he is deeply pain with the recent happenings in Imo state, where the unthinkable is happening with innocent lives being decimated, business activities crumbling and properties worth billions in Naira destroyed with reckless abandon.

Honourable Martins gave the advice in a statement titled: “A call for peace in Imo” and made available to SINL Nigeria Online on Wednesday.

He lamented that it is not only regrettable that such unfortunate development ensued, adding that “but our inability to nip it in the bud, before it escalates beyond human control, which is attributable to the confusion in the body-politic that made it extremely difficult for individuals with genuine concern to step-in”.

Consequently, he appealed to the elders, community leaders, statefunctionaries, captains of Industries, members of the academia, Concerned Ndi Imo and of course, the Clergy to speak up in condemnation of this ugly development.

Specifically, the lawmaker observed that present situation always call for restraint in order not to be misquoted by overzealous politicians who according to him are always in a haste to wrongly decorate every action including things as sacrosanct as human lives, with partisan coloration.

The statement which read in part said: “However, as a bona-fide citizen of Imo State, who is not only in shock, but deeply worried, and in my capacity as a representative of the people whose lives are being cut short, I have no other choice than to speak up.

“There is no gainsaying that Imo is the only State we call our own, that should be jealously guided with every love for the sake of Peace and unity, a State that used to be very peaceful as the Tourist center of attraction in the East of the Niger and beyond, is at present, not only wearing a pathetic and sorry outlook, but speedily losing that ambiance and atmospheric oxygen that is of the Peace and the hallmark of a Tourist nerve center.

“For It suffices to say that, mistakes which is a natural phenomenon may have been made, but, it is still painful and unacceptable to be witnessing through the Media, such wanton destruction and gruesome killings, especially the gory sights of lifeless bodies of our beloved ones, such as the young and promising Chidiebere Emereuwa of the Nigeria Air Force, a native of Obizi in my Constituency, who was reportedly killed at a check- point, near Akachi Junction.

“Also another ugly incident of a German-based Unachukwu who allegedly died after being shot on the head at a Military check-point near Sam Mbakwe Airport, while trying to catch a flight; and of course, the wicked and gruesome murder of an APC Chieftain, Dr. Ahmed Gulak, who was reportedly in the State on a National Assignment”.

He however commiserated with each and every family whose loved ones and properties were affected, and prayed for the peaceful repose of the souls of the departed.

He also condemned in strong terms the new development of extra-judicial killings and assassination of innocent citizens, including that of the security agents by unknown gun men in the State.

See also  Prophet T. B Joshua: Akoko will not remain the same — BTO

The lawmaker reminded the youths, that they are the bona-fide citizens of the State, on whose shoulders the leadership will rest-on in years to come, “consequent upon which any act of violence that is targeted at individuals, State or Private formations, is not only condemnable, but a disservice to them and generations yet unborn”.

FG Receives Over $311million Abacha III Recovered Assets from US,...