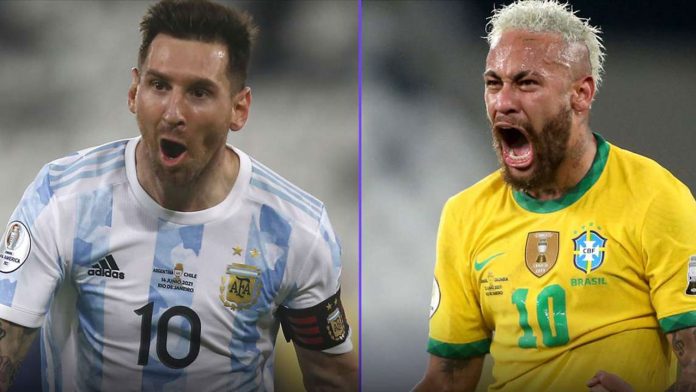 Former Barcelona teammates Lionel Messi and Neymar will line up opposite each other in Saturday’s Copa America final looking to end a hoodoo that has also affected some of their countries’ greatest players.

Like Brazil’s Pele and Diego Maradona of Argentina before them, neither Messi nor Neymar has ever won the Copa.

That statistic will change for one of them in the dream final at Rio de Janeiro’s iconic Maracana stadium.

For six-time Ballon d’Or winner Messi, this will be his fourth Copa final and perhaps his last chance to finish on the winning side.

He’s been his team’s standout performer, as ever, scoring four goals and creating five more — the tournament leader in both categories.

But at 34, this may well be his last Copa and next year’s World Cup could be his last major international tournament altogether.

Some people believe winning something with Argentina is Messi’s only remaining professional goal.

“As much as Messi, we also have players that deserve this title … like our own ‘Ney’ who wasn’t there for the last Copa,” he added.

At 29, Neymar has a bit more time on his side but he was injured and absent two years ago when Brazil won their ninth title on home soil, beating Peru 3-1 in the final.

FG Suspension of Twitter in Nigeria: A draconian action, a slide...

‘We were complacent’: Lampard fumes after Chelsea’s FA Cup loss