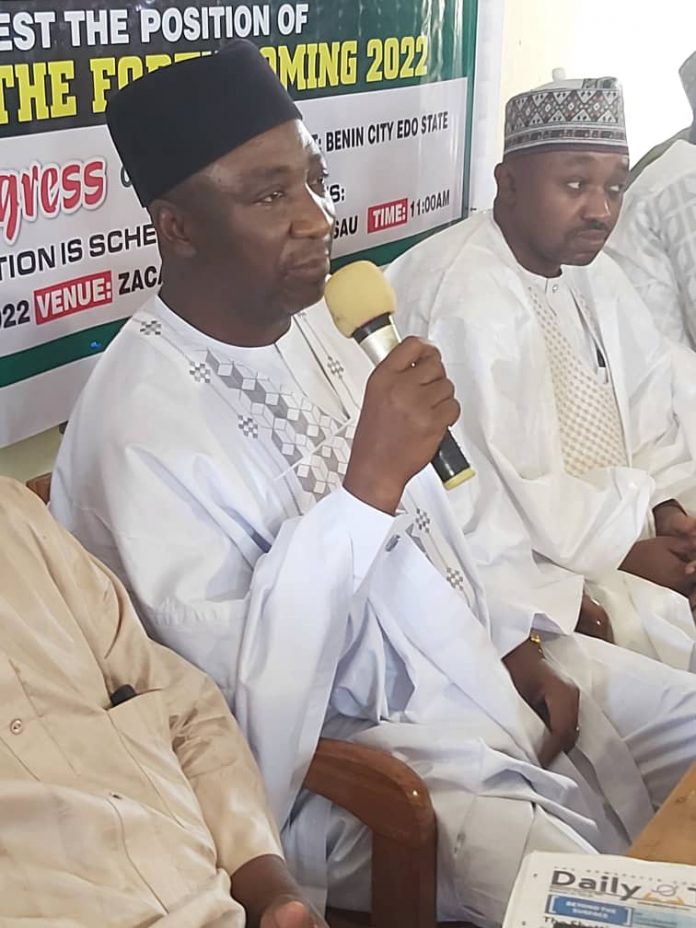 Ahead of the forthcoming election of Nigeria Football Federation (NFF), the Zamfara state born aspirant for the post of NFF president, Alhaji Ibrahim Musa Gusau has been endorsed by his kinsmen.

The NFF Presidential aspirant, Musa Gusau formally declared intention to contest Thursday in Gusau, Zamfara state capital during a meeting with Football stakeholders in the state.

Stakeholders who converged on Gusau during the official declaration of Musa Gusau assured that the Nigeria Football Federation will have a new President to pilot the affairs of the nation’s football administration for the next four years.

According to stakeholders, Gusau, a traditional title holder of Kigon Gusau, has been within the set up of Nigeria Football for decades and performed his assigned duties diligently.

Meanwhile Musa Gusau disclosed that he declared to contest after much consultations with stakeholders.

He maintained that his aspiration to be NFF president is to bring his experience to the development of football in Nigeria.

Court adjourns suit against NJC, others until June 23