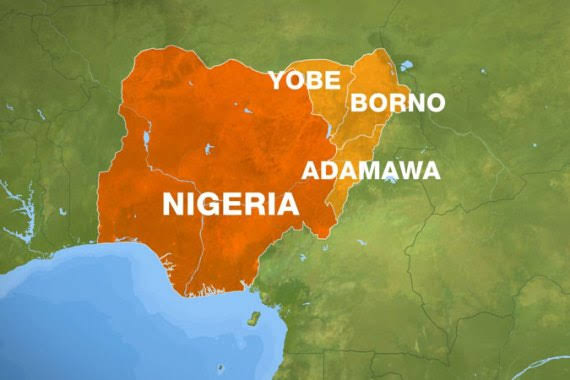 The National Human Rights Commission (NHRC) has harped on critical roles journalists can play in promoting Reconciliation, Reintegration and Transitional Justice in Nigeria, particularly in the North East where insurgency and counter insurgency measures have occasioned the need for peace building in various communities.

The Executive Secretary of the Commission, Chief Tony Ojukwu (SAN) stated this in Yola, Adamawa state during the opening ceremony of a training programme for Media Practitioners on Transitional Justice and Reconciliation in the three North East states, of Borno, Adamawa and Yobe states.

He noted that Chapter 2 of the1999 Constitution of Nigeria (as amended) recognizes the role of media in national discussion.

The Executive Secretary who was represented at the occasion by the Project Coordinator, Mr. Hilary Ogbonna recalled that journalists were earlier engaged in Media Advocacy and Messaging last year, adding that the job is not over since the media still have more work to do in telling the affected communities and victims that they are not abandoned.

Continuing, the Chief Custodian of Human Rights in Nigeria restated that engaging  journalists has become necessary to promote the whole idea of Reconciliation, Reintegration and Transitional Justice in such a manner that the offended communities and victims could begin to see the rational for forgiveness and apologies, from the victims and repentant Boko Haram combatant respectively.

This,  according to the Executive Secretary, will bring an end to the cycle of violence and enable the society to have peace and move forward.

The NHRC Boss therefore stated that the media remains “an essential partner in promoting reconciliation and transitional justice in the North East, saying that no effort should be spared in building the capacity of media professionals to embrace and perform this role effectively”.

“The Pilot Project was to initiate community-led process for nonjudicial transitional justice and reconciliation as a foundation for reintegration and post conflict recovery in the North East”, Ojukwu added.

In his opening remarks,  Solicitor General and Permanent Secretary, Ministry of Justice, Adamawa state, Samuel Yaumande Esq commended the NHRC for chosing the nonjudicial process to pursue the issue of reconciliation, reintegration and transitional justice in Borno, Adamawa and Yobe states, advocating that the project must be owned and supported by the communities, in order for it to work effectively.

The Adamawa state top government Official who declared the training open also tasked journalists to be at the centre of promoting the peace project, even as he promised that relevant department of his Ministry would be willing to work together with any partner that supports reconciliation and peace building in the state.

Similarly, in her goodwill message, Permanent Secretary Ministry of Reconstruction, Rehabilitation, Reintegration and Humanitarian Services, Adamawa state, Aishatu Bibi Umar Rilwanu stated that security is one of the major priorities of the state government, adding that serious efforts are being made by the goverment to ensure that displaced persons are successfully reintegrated into their various communities.

The project is being carried out by the NHRC with the support of the UNDP and European Union.