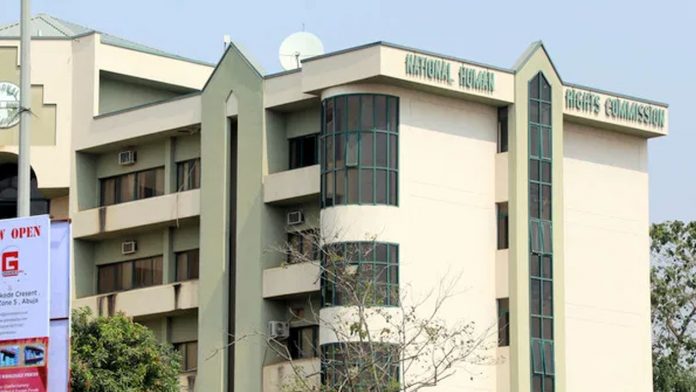 The National Human Rights Commission (NHRC) has assured the Association of Matasan Fulani of Nigeria (AMFN) that the Commission will thoroughly investigate the alleged killing of four Fulani boys in Edo state last weekend.

The commission noted that the probe is to ensure that culprits are brought to book and to forestall further clashes.

The Executive Secretary of NHRC,Tony Ojukwu in a statement on Monday by Deputy Director, Public Affairs, Fatimah Mohammed and made available to SINL Nigeria Online made this known in Abuja when he hosted members of the Association who came to register their grievances and file a petition over alleged atrocious killing in  Edo state and attacks of the members of the group in Anambra state.

The Chief Human Rights Officer in Nigeria therefore said that the Commission will reach out to the office of the Inspector General of Police and the Commissioners of Police of the affected states to ascertain what really happened and the action they might have taken in the circumstances.

He said that the Commission will engage the affected Communities through town hall meetings, to hear their own side of the story with a view to arriving at an amicable settlement of the issues around Fulani herdsmen and their host communities.

According to the Executive Secretary, every Nigerian irrespective of his ethnic origin or religion is entitled to live freely and carry out their businesses without harassment or intimidation of any nature adding that even when there is reason to complain, it has to follow the due process of the law.

“The alleged murder of the boys was most unfortunate and highly reprehensible as no one has the right to take another person’s life no matter how highly placed in the Society. It is only a court of competent jurisdiction that can sentence an offender to death”, Ojukwu stated.

The Chief human rights officer stated that everyone is protected by the law irrespective of his religion or ethnic background, stressing that it is unlawful for any one to take the law into their own hands, either for self-help or for any other reason whatsoever.

Earlier, the Chairman of Matasan Fulani Association of Nigeria, Alhaji Shuaibu Haruna Sogiji who led other members of his group said they were in the Commission to file a petition against some communities in the southern part of Nigeria particularly in Edo and Anambra states where some Fulani herders were recently attacked and their cows killed and stolen.

Alhaji Sogiji lamented the alleged killing and setting ablaze of the four Fulani boys in a Community in Edo state, while they went to purchase some foodstuffs.

He told the Executive Secretary that the dastardly act was carried out despite protests by some other Fulani persons who identified the unfortunate victims as law abiding citizens.

He narrated that while the plea to let the boys go fell on deaf ears, their assailants, namely Vigilante group rather became deadlier and chased those begging them to their residences and reportedly burnt down their houses.

Besides, the Chairman informed the Executive Secretary that even though his association wrote a petition to the DPO of the Police station in the Community where the incident took place in Edo state “nothing was done so far” to address the issue.

We ‘ll sack Senate President if he frustrate impeachment process against...

Ondo Guber: Impressive turn out as residents go to polls