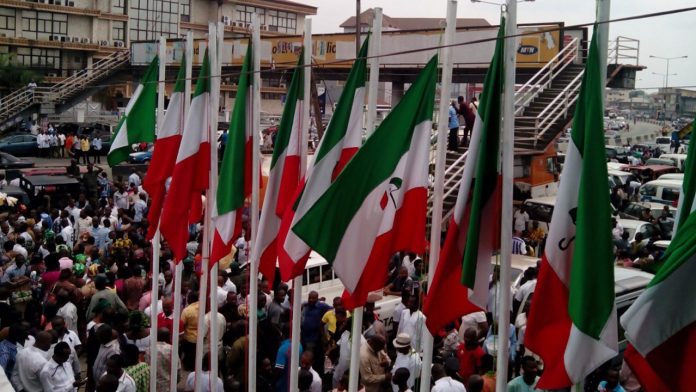 A former chairman of the Peoples Democratic Party in Tafa Local Government Area, Niger State, Sule Ishaya has been killed by gunmen.

The assailants also whisked away Ishaya’s wife to an unknown destination.

According to The PUNCH, the gunmen invaded the house of Ishaya on Sunday night in New Bwari community of Tafa LGA and stabbed him in the stomach with a knife before shooting him.

Family sources said that the gunmen had gained entrance into the house of the deceased by using a ladder to scale the fence.

People around the community said it was only the house of the political leader that was attacked by the gunmen.

A PDP chieftain, who pleaded anonymity, confirmed the incident, saying, “He was stabbed in the stomach and shot to make sure that he was dead and he would not survive.”

The PDP leader said the attack was a calculated one and not a random attack, adding that the PDP in the state saw the incident as an assassination.

The family members and the PDP said that they had yet to hear from the abductors of the wife to know if she was alright and also their demands for her release.

The Police Public Relations Officer, Wasiu Abiodun, confirmed the incident, saying that the police were investigating the matter.

Court fixes April 23 for judgment in Ondo CJ’s suit against...