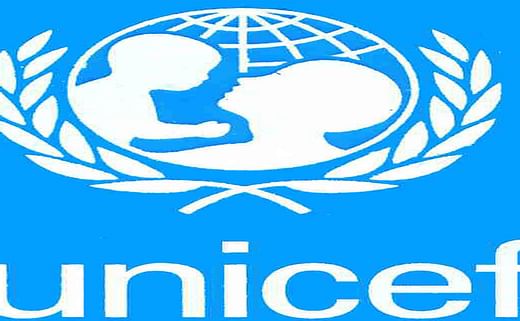 The Niger Government is collaborating with the United Nations Children’s Fund (UNICEF) to engage traditional rulers to support the sustainability of the Girl Education Project (GEP III) in the state.

The state Commissioner for Education, Hajiya Hannatu Salihu, smade tis known during a meeting with some traditional rulers in Minna.

Salihu described traditional rulers as “people whose opinions were respected by members of their communities, hence the need to engage them to ensure that all school-aged children enroll, remain, and complete school.

The News Agency of Nigeria (NAN) reports that the objective of the meeting was to establish community accountability systems and sustainability of GEP3 as well as sensitise the traditional rulers on the project.

The commissioner called on the traditional rulers to take up the enrollent drive campaign to nooks and crannies of their communities to assist in reducing the menace of out-of-school children.

“The time has come for us to reach out to parents and guardians under your domain to ensure they are enrolled in school, retain and at least complete basic education,” she said.

In his remarks, Mr Francis Elisha, Education Officer, UNICEF Kaduna Field Office, explained that the meeting was to have mutual understanding on accountability and sustainability of GEP3.

“UNICEF has been supporting the state to implement the GEP III for a decade now.

“It is important for traditional rulers at the community level to come and have understanding of GEP3, to discuss and commit to the sustainability of the project,’’ Elisha said.

He said that the traditional rulers and education secretaries were from nine UNICEF focus local governments and solicited their commitment to the sustainability of the project as it comes to an end in June.

Also, Malam Abubakkar Yusuf, UNICEF Focal Person for the state Universal Basic Education, urged the traditional rulers to implement what they have heard.

Yusuf urged them to ensure every child was in school as well as teachers discharged their duties.

Malam Isah Alhassan, a participant from Edati Local Government, said he would meet with parents, pupils, education policy-makers at the grassroots level to sensitise them on the importance of western education.

“And ensure teachers and school-based committee are committed to their jobs,” he said.

Another participant, Mohammed Madaki, Acting District Head of Madaka, said that he would champion the importance of girl-child education in the area and ensure that every parent sponsors his or her girl-child to school.

NAN reports that the GEP III, is an eight–year project (2012–20) that seeks to improve school access, retention and learning outcomes for girls in five northern Nigerian states.

The states are Bauchi, Niger, Katsina, Sokoto and Zamfara.

It is managed by the UNICEF and funded by the UK Department for International Development.

Lessons from COVID-19 vaccines to date -By Bayo Ogunmupe