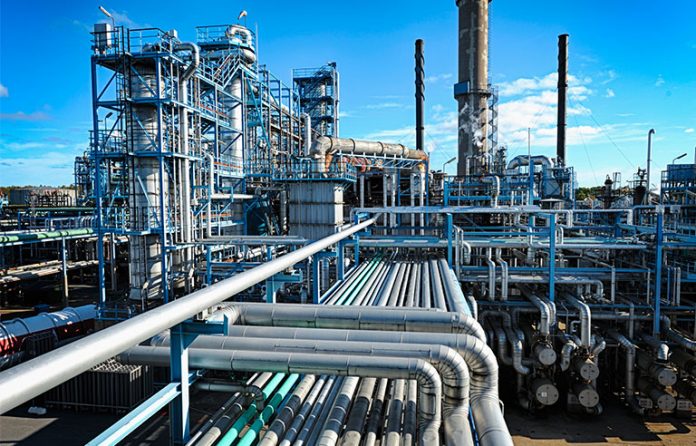 This represents a slight increase of 0.37 per cent compared to 36.910 billion barrels as of January 2021. Mr Gbenga Komolafe, Commission Chief Executive (CCE), NUPRC said at a stakeholders’ engagement with print and electronic media.

He said this analysis arose from 61 operating companies which submitted their 2021 National Annual Report on Reserves in line with the provisions of the Petroleum Industry Act (PIA), 2021.

The National oil and gas reserves position as of Jan. 1, 2022 in line with the provisions of PIA 2021 stipulates that operating exploration and production companies should submit their annual report of reserves to NUPRC.

The CCE however highlighted some proactive initiatives undertaken by the commission since his assumption of the office six months ago towards the enhancement of crude oil and gas production.

He said it took advantage of current market realities such as the upsurge of crude oil prices to 106.25 dollars per barrel and disruptions in the supply of gas due to the war in Ukraine.

Speaking on the initiative to enhance crude oil production, he said the commission recognised the formulation of all-inclusive strategies to increase crude oil and gas reserves (from 37 billion barrels and 208.62 TCF).

This, he said required thorough consideration of all factors militating against efficient and effective exploration and production operations, and identification of low hanging fruits or opportunities.

“We have therefore become more deliberate and swifter in implementing strategic actions and initiatives aimed at increasing our crude oil and gas reserves and production,” he said.

The CCE disclosed that it initiated a massive campaign toward the identification of oil and gas wells producing below capacity, through inventorisation of shut-in wells and inventory to map the reasons for the shut-in and devise measures for quick reopening.

He noted another campaign initiative as using well and reservoir surveillance activities in identifying poorly performing wells and workover candidates for quick intervention.

He included embracing and adopting new technologies and advanced recovery techniques for unlocking some identified stranded oil and gas resources.

On initiatives to enhance gas production, he said the Russia and Ukraine conflict and the attendant disruptions to the global gas demand-supply chain provided Nigeria with a unique opportunity to fill the gap.

This, he said would be achieved through the implementation of several natural gas developmental initiatives.

“As the Federal Government has declared the years 2021 – 2030 to be the Decade of Gas, the commission is taking steps to expand the Nation’s huge gas resources through enhanced gas exploration, development and utilisation schemes.

“These will lead to gas reserves growth, increased gas production, maturation of the domestic and export gas market, as well as gas flare elimination.

“The Commission is currently engaging all lessees on their Natural Gas Flare Elimination and Monetisation Plan to ensure compliance with Section 108 of the PIA and boost supply to the rapidly growing gas market.

“Additionally, we are encouraging investors to leverage on the generous gas fiscal incentives such as zero hydrocarbon tax, reduced royalty rates, tax consolidation provisions amongst others to take Final Investment Decisions on their proposed upstream projects.

Currently, Nigeria produces about 8BSCF/D of gas, out of which circa 20 per cent is delivered to the domestic market, approximately 40 per cent is exported to international markets, 30 per cent is utilised for the producer’s internal consumption and the excess gas is flared.

“The commission has issued the annual Domestic Gas Delivery Obligation (DGDO) to all lessees to drive gas production growth as operators are made to balance its export appetite with an increasing domestic supply of gas,” he said.

He further mentioned another initiative being implemented by the commission to increase gas production and utilisation including the commencement of mandatory conduct of gas well deliverability tests for all gas producers to establish operating limits.

This, he said could enable the commission to determine production potentials and guide the industry towards its maximum optimum capacity.

Based on the initiative, he said it had a constant engagement with operators on the need to drill below the conventional oil window to target gas-rich zones for production and increase the nation’s gas reserves.

According to him, it is also steering operators with saturated reservoirs to ensure their good placements drive optimal exploitation of oil and gas resources.

See also  Why Petrol may sell N170/litre in South-East...Fuel marketers

He said it was currently revising the Flare Gas Regulations 2018 and its associated Guidelines to incorporate methane emissions capture, to ensure the elimination of gas flaring/venting and monetisation of gas resources in the country.

Maradona to Lie in State at Argentina’s Presidential Palace