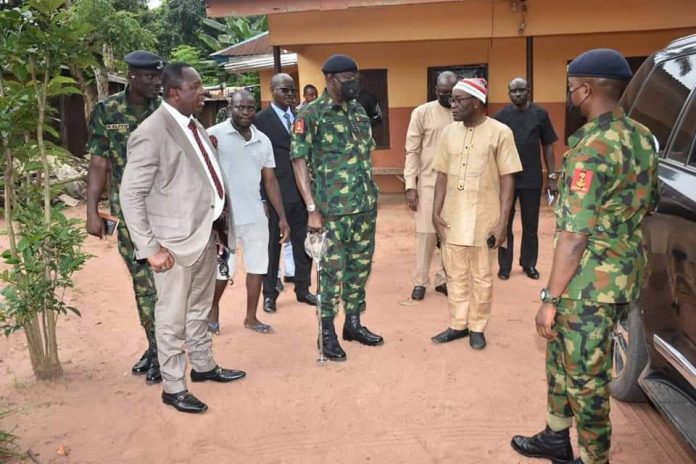 The deceased, an indigene of Umudim Ngodo Isuochi, Umunneochie Local Government Area of Abia State was a serving Corps Member deployed to Bayelsa State for her one year national service.

While commiserating with the relatives of the late Corps Member at their residence in Umuahia, General Fadah who was saddened by the incident urged them to take solace in God while he prayed that God should grant them the fortitude to bear the loss.

He added that immaculate died when her services were needed as part of her contributions to national development.
“Kindly accept our condolences on behalf of the NYSC family”, Fadah said.

While giving a vote of thanks on behalf of the family, the immediate elder brother of the  deceased, Alago Chidera thanked General Fadah for his love and also for standing by the family in her moment of grief.

The Facts About the Senate’s Approval of Buhari’s N850 Billion loan...

Senate refutes allegations on padding of 2019 budget of NDDC