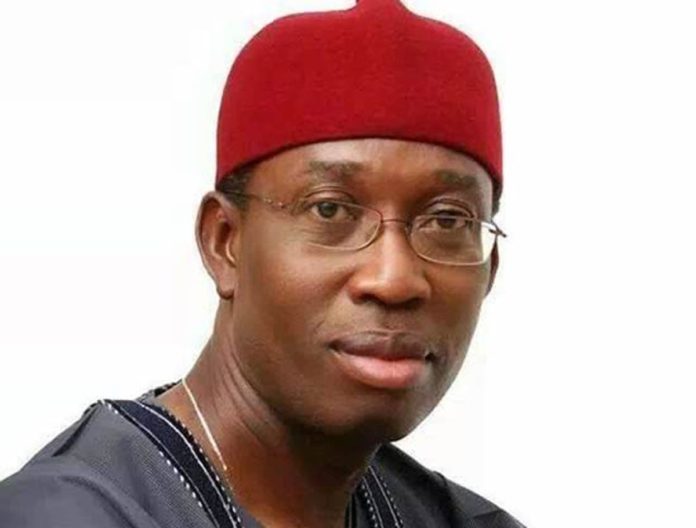 Gov. Ifeanyi Okowa of Delta on Tuesday sent a revised 2020 appropriation bill of N282 billion to the State Assembly for approval.

The letter accompanying the proposed budget made up of N152.4 billion Recurrent Expenditure and N127 billion Capital Expenditure was read by the Speaker, Sheriff Oborevwori, during plenary in Asaba.

Okowa recalled that the assembly had on May 2 passed a revised budget of N279.7 billion, following macro-economic assumptions.

He said that given the need for the incorporation of COVID-19 Response budget, the earlier estimate had been further revised to the tune of N282 billion.

”The further revision of the budget is in compliance with the Federal Government’s plan to develop and implement a nationally integrated policy framework to address the fiscal and economic distortions caused by COVID-19 pandemic.

”On this note, the federal government advised state governments to carry out a review of their budgets.

‘ ‘The review is expected to be in line with guidelines sent to the states by the federal government, designed in collaboration with the World Bank.

‘ ‘In complying with the advice, states will be able to access stimulus support such as grants and palliatives from the federal government and other multilateral organisations, particularly the World Bank.

‘ ‘The reviewed budget is to reflect COVID-19 response programmes and project implementation expenditures.

‘ ‘In consideration of the foregoing, therefore, it has become imperative to present a revised 2020 budget that realigns and targets expenditures towards projects with potentials of reflating the economy from downtum,” he said.

The Majority Leader of the House, Tim Owhesere, moved a motion for the house to receive the revised budget for further consideration.

The motion which was unanimously adopted through a voice vote was seconded by Mr Solomon Ighrakpata, representing Uwvie Constituency.

The speaker referred to the revised 2020 appropriation bill to the House Committee on Finance and Appropriations for scrutiny.

Meanwhile, Okowa has also sent a list of nominees for appointment as Chairman and members of the State Public Procurement Council, for screening and approval.

Trial of Sowore stalled as case reassigned to new judge

Group calls for appointment of more women in sensitive positions

How National Executives of APC should emerge -Okorocha

No Crisis in APC, No Fight To Reconcile… Tinubu