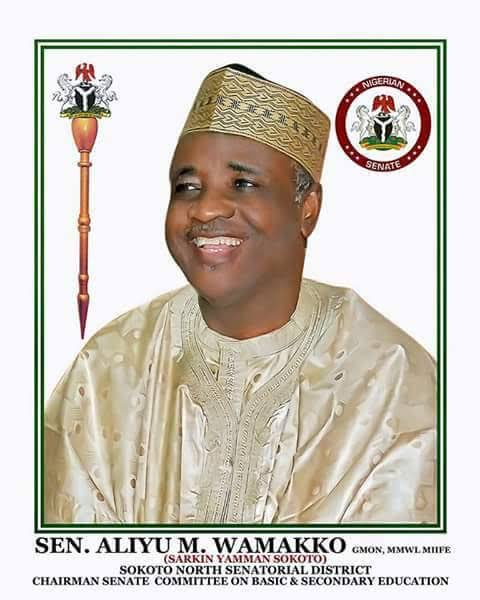 In democracy, numbers also glaringly count as it is always said that, in a real democracy, majority always carry the votes. It is certainly a game of numbers. This is not in anyway different in Nigeria, Africa’s strongest country and the world’s most populous black nation.

Specifically, democracy has trudged on, nay with some odds, though not only peculiar to Nigeria, yet it has succeeded. Since 1999, there have been successive civilian to civilian transitions successfully and the trajectory has kept the nation among the comity of democratic nations in the world.

At this juncture, it is imperative to drive the point further home by saying that, Nigeria is yet again on a democratic train with myriad of activities going on within the eighteen or so registered political parties in Nigeria.

There are also other activities by other democratic institutions, especially by the electoral umpire, the Independent National Electoral Commission ( INEC), and other domestic and international stakeholders and partners.

All these activities going on are geared towards ensuring, yet another successful civilian to civilian transition of power in the country. In essence, the 2023 General Elections are just few months away and the nation’s political atmosphere is also tangibly electrifying and manifest.

Further to the above, all the political parties, both the big and mighty and the smaller ones had since conducted their congresses at all levels, just as they had also successfully conducted their various conventions, as well as primary elections at all levels, resulting in the emergence of their candidates, ranging from state Assemblies to the presidential and their running mates.

All these have been done in spite of all some odds. Yet, the political parties and their various candidates are now mainly focusing and strategizing towards  winning the forthcoming 2023 General Elections. The political atmosphere is already visibly and tangibly electrifying.

In Sokoto State, the APC, in particular is not different. The party has successfully conducted all its congresses and primary elections, leading to the emergence of various candidates ranging from the State Assemblies, Gubernatorial and National Assembly.

It is however disdainful that, in spite of the relentless efforts of the supreme and indefatigable leader of the APC in Sokoto State and indeed its national chieftain and benefactor, incumbent Senator Aliyu Magatakarda Wamakko, a former Governor of Sokoto  State, some demented and deluded political bankrupts are bent on perpetrating their heinous acts of becoming the cogs in the even and steady development of the APC.

Happily, it is certainly gratifying to note that, they are late and their heinous game is up. They were really planted in the party to truncate its trajectory of growth and woefully failed in their attempts aiming to wipe out Wamakko as the true and tireless leader of the APC in the state.

The above was testified with the recent defection of these ingrates moles planted in the party and have been doing the bidding of their egocentric paymasters and enemies of progress of Sokoto state, Nigeria and indeed, democracy in general.

To their dismay also, Senator Wamakko has continued to be the indomitable and strong Iroko tree and absolutely the lone political tree that makes up a forest. His influence and political landscape and horizon have continued to wax stronger and stronger, both within the state and across Nigeria, and beyond.

This sphere of influence and influence of the Sarkin Yakin Sokoto was confirmed for instance by the recent primary elections in the state, especially the gubernatorial primary poll that led to the successful emergence of the former Deputy Governor of the state and the immediate past Executive Secretary of the Police Trust Fund, Alhaji Ahmad Aliyu Sokoto, FCNA, as the gubernatorial flag bearer of the APC in the state. And insha Allahu, the party will win the forthcoming 2023 General Elections with landslide.

So, the expected defections of these exposed moles and political spies only added value to the APC in Sokoto state and Nigeria in general, good riddance to bad rubbish, they say. Or better still what the hausa man says, ” Allah ya raka taki gona.”

All the right thinking and the real owners of the APC in the state have remained unshakably loyal to Senator Wamakko, the leader of the party and the political limelight of the state, the North and Nigeria at large.

So, it is heart warming penultimate week as the party officially reacted to the defection of these political featherweights. It was at a Press Conference by the state Chairman of the APC, Alhaji Isa Sadiq Achida.

He said, ”the media briefing was to use  the medium to convey to the good people of Sokoto State, the opinion of the Àll Progressives Congress (APC), on matters affecting our dear State.

”It has now become clear to all people of good conscience in Sokoto Stateand beyond that the reception organized to receive the so called APCdecampees into the PDP on Sunday, 26th of June 2022, has passed as aNon-event and a laughable affair.

”It is now obvious, that a battle line has been drawn, between the APC andthe masses of Sokoto State on the one hand, and the selfish politicalmerceneries and their pay masters on the other hand.

”The political wanderers that staged the show of shame last Sunday, dancednaked in the market square, which only ended in inflicting incurablepolitical injury on themselves and nailing their political coffins.

We are happy to see the formal departure of PDP moles, whose assignment has failed and who in the end shamefully went home with their tails between their legs.”

Speaking further, the chairman said that all the defectors are people who have been rejected by their  communities. They have no political value at State, Local Government or  even at ward levels.

Achida averred: ”The various speeches they made at the event, portrayed them as badsportsmen, who should have no place in any democratic setting. Politics is like sports, where there are always winners and losers.

”Unfortunately, these are selfish individuals, who are only interested in their personal comfort, rather than the welfare of the people they claim to represent. It is instructive to note that non of the so called decampees gave any acceptable reason, that attracted him to the unfortunate PDP bandwagon.

”None among them sited any tangible State Government project or achievement, in any sector of human endeavor, because there is non. Rather they only engaged in political irrelevancies.

”No wonder, the entire group is made up of people who have turned theirbacks on those that were instrumental to bringing them into political limelight. Among them are people who became Ministers of the Federal Republic of Nigeria, after being single handedly nominated by SenatorWamakko.

”There are also in the group, those who were single handedly sponsored into the State and National  Assemblies, with many of them being returned for more than two tenures, all courtesy of Senator Wamakko.

”These  are familiar happenings that have only further strengthened, rather than weakened Senator Wamakko’s resolve to render more help, whenever and wherever the need arises.”

He further said that the party deemed the defections as a political suicide as the defectors  have aligned  themselves with the failed government of Governor Aminu Waziri Tambuwal, adding, ” this is a government that lacks accountability. A government without focus. A  government that has impoverished Sokoto State through doubtful financialdeals.

”At this juncture, we would like to call on the Sokoto State Government toexplain to the people of the State, its reasons for abandoning the ongoingprojects, such as the Illela Garage- More-Isa junction road and bridge, theRijiya Dorowa overhead bridge, the Runjin-Sambo overhead bridge, as well as the State University Teaching Hospital and the Girls Secondary School inKasarawa.

”We equally challenge the Governor to explain to the people of Sokoto State,reasons for the inability of his Government, to renovate the Sokoto Central Market, as well as the fate of shop owners who lost fortunes in the illfated fire outbreak early last year.

”We wish to call on the Sokoto State Governor, to borrow a leaf from hiscolleague Governors of neighboring  States, who have unfailingly paid theretirement benefits of civil servants in their States. It is dishearteningto note that retired civil servants in Sokoto State are being owedgratuities since 2016, without any concrete plan of settling them, in spiteof several broken promises.

”We in the Sokoto State APC, wish to state categorically,  that we rejectthe outright sale of the State Civil Service Club premises along Ali AkiluRoad,  because this is the only recreational facility available to civilservants in the State.

”’Equally, we reject the outright sale of the Buzaye mechanics village, alongJ. Allen Avenue, Sokoto and will take every available legal means to makesure that the mechanics are not ejected from where they earn theirlegitimate means of living. This is because, we believe the sale of thismechanic village, will add to unemployment and further compound the security situation in the State.

”Finally, we wish to salute the patience and resilience of the good peopleof the State, in the face of the PDP misrule. We thank them for theirunderstanding and encouragement. We wish to assure them that the AllProgressives Congress APC is continuously waxing stronger by the day, both at State and National levels.

”We wish to draw the attention of our teeming supporters, that the politicaljourney towards the 2023 General Elections, is only just about to begin andthat those who rush to early false celebrations, are living in a fool’sParadise and stand to be disappointed.”

The Turakin Achida emphatically added that victory is certainly for the APC,  Insha Allahu.

Receiving the decampee, the leader of the party in the state Senator Aliyu Magatakarda Wamakko, Sarkin Yamman Sokoto, described the defection of the PDP bigwig in the state and Sabon Birni local government area, in particular as a welcome development.

He promised that the decampee will be carried along as any APC  member at all the time.

The above, among several other factors show that rather than diminishing, the influence of Wamakko in the political ecosystem of Sokoto state and Nigeria has continued to happily blossomed. And this will become more glaring during 2023 General Elections, Insha Allahu, when Ahmad Aliyu Sokoto will be sworn in as the democratically elected Governor of Sokoto State.

Similarly, the party will record landslide victories at all levels, including the central government.

The law against banditry in Zamfara State.The message -By Sani Takori Mni

(Advertorial) THE DEPARTURE OF PDP MOLES IN SOKOTO STATE

Buhari to proceed to United Kingdom Friday for Medical follow-up

Senate adjourns plenary till Wednesday in honour of Osinowo

Marwa, NDLEA and the Houdini act -By Femi Babafemi

Environmental justice and the right to life and dignity -By Nnimmo...