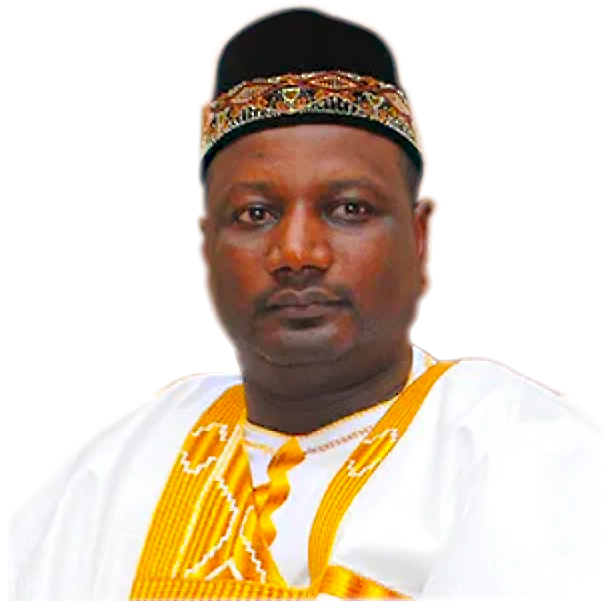 The common cliché of “give dog a bad name to hang it,” aptly describes the hatchet job done by some faceless forces represented by one Daniel Ikechukwu Maduabuchi to drag the name of Abdul Rahman Musa Bashir, a quintessential businessman and philanthropist into the mud.

There should ordinarily be no need to glorify Daniel Ikechukwu Maduabuchi and his pay masters with any response to what they have pushed to the unsuspecting Nigerians and indeed to the world. But for history and posterity, the record must be set straight, facts must be separated from fictions and fallacies that they are peddling around and circulating on the social media.

Needless to say it is rather unfortunate that those who ought to know by virtue of their experience, exposure and positions have also allowed themselves to become the tale bearers of the fake news, it is important to lay the facts bare.

To set the record straight: Alhaji Abdulrahman Musa Bashar (Rahamaniyya) is a Nigerian businessman and philanthropist with a primary focus on trading of oil and gas.

His interests, however, are in oil and gas as against the longlist of companies that Maduabuchi fictitiously sent out to Nigerians.
What is also true is that in October 2003 Abdulrahman Musa Bashir established the Rahamaniyya Global Resources.

The group specializes in trading with specific focus on the Nigerian market, though those behind the hatchet job want the world to believe that the Rahamaniyya Group is spread across 45 countries in Africa, Europe & the Middle East Asia. This can only be figment of their imagination.

In his claims also, the faceless and fake news peddler said Rahamaniyya “Group Operates 6 Oil Refineries Across Europe & the Middle East,” but what is the fact is that the Group has a large depot strategically located at Apapa in Lagos.

The depot has its own Jetty through which it receives large cargos of up to 25000 MT. It has a huge combined storage capacity of 80 million liters of AGO, PMS, DPK, LPFO, and ATK thereby having capacity to receive more than a full cargo of a ship at a time.

Besides this, Rahamaniya Group has M/s Ultimate Oil and Gas situated in Dubai, that looks after sourcing of products from across the globe to its various customers.

Musa Bashar has not left the shore of Nigeria since 2019 and has not flown in any private jet. Maduabuchi’s well concocted lies about him having Bombardier jet with which he shuttles between Nigeria and Saudi Arabia, and using four of other jets only exist in his (Maduabuchi) imagination.

The same goes for the claims of exotic cars that he said the President of Rahamaniyya and his kids are riding.

Though, it is not fair to the image of those innocent kids to be dragged into this murky water of propaganda, but the fact is Rahamaniyya’s first son is barely 15 years old and cannot drive a car and how much less his younger siblings.

The Monte Carlo, Monaco Tower Home, housing 27 apartments according to Maduabuchi and his co-travellers is still a product of his fantasy because Rahamaniyya lives in Abuja, Nigeria’s capital and does not own a home in Monaco or anywhere.

It is weird also where Madubuachi came across his information but no matter how fast lies run, it won’t take time for truth to level up.
Rahammaniya’s logistics which is a supply value chain service provider but the data bandied by the propagandists are the creations of his mind.

It is worthy of note to conclude that Alhaji Abdulrahman Musa Bashir, as a philanthropist has founded Rahammaniya Foundation through which he is giving back to the society.

One wonders what was the motive of Madubuachi and his paymasters in peddling these unfounded lies against a man who is committed to quiet life style, his business and humanity.

But then, it is just a way of giving dog a bad name to hang it.

The Illusion of a Southern Presidency -By Chief Femi Fani-Kayode