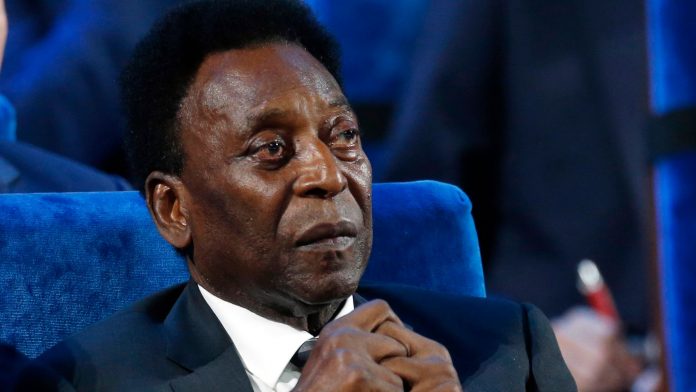 Brazilian football great Pele will spend Christmas in hospital, his medical team and family said Wednesday, as he receives treatment for worsening cancer as well as kidney and heart problems.

It also reported a “progression” of his cancer but said Pele was not in intensive care.

Considered by many to be the greatest footballer of all time, Pele was hospitalized in Sao Paulo on November 29 for what his medical team called a re-evaluation of his chemotherapy treatments, which he has been receiving since having surgery to remove a colon tumour in September 2021.

Doctors have also diagnosed Pele — whose real name is Edson Arantes do Nascimento — with a respiratory infection.

Earlier this month, Pele’s daughters Kely Nascimento and Flavia Arantes sought to reassure fans about his health, denying reports that Pele had been placed in end-of-life care as supporters held a vigil outside the hospital.

They said Wednesday on Instagram that they would be spending Christmas with their father at the hospital.

“Our Christmas at home has been suspended,” they wrote.

“We decided with the doctors that, for various reasons, it would be better for us to stay here with all the care that this new family at Einstein gives us!!”

Accompanied by a picture of them smiling, the sisters thanked Pele’s fans for their support and wished them a happy festive season.

“We are going to turn this room into a Sambodrome (just kidding), we will even make caipirinhas (not kidding!!),” they joked, referencing Brazil’s famous cocktail.

The siblings promised an update next week.

One feared dead 3, injured as thugs clash at road commissioning...

2023: In Zamfara, Tinubu says APC will win despite Sabotage

Bundesliga to restart May 15