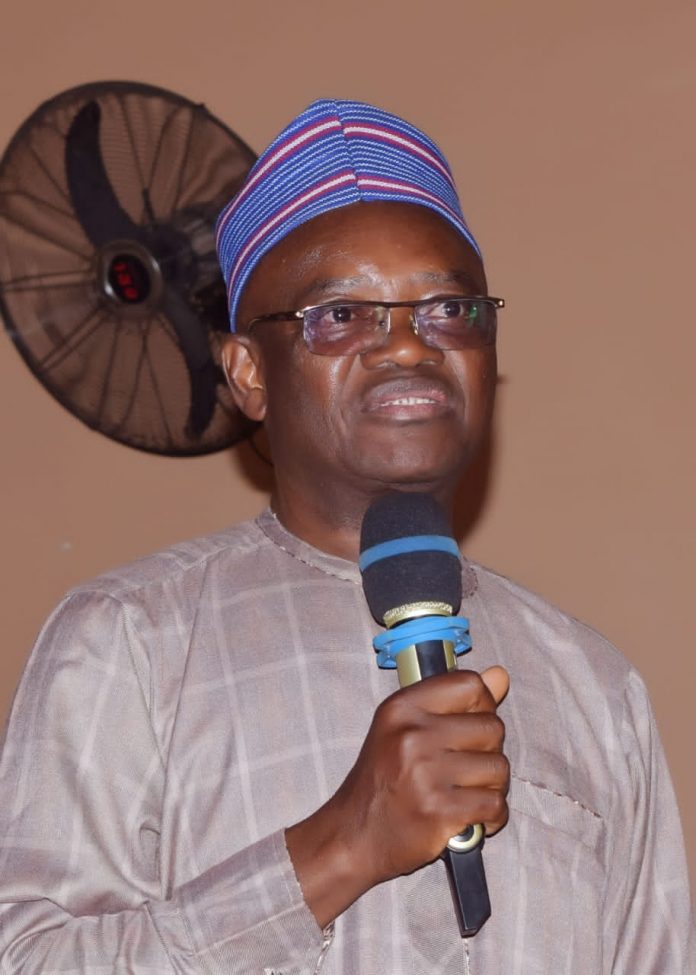 A group, Door-2-Door in Plateau Central Senatorial District has declared their support for the gubernatorial candidate of the All Progressives Congress (APC) in Plateau State, Dr. Nentawe Yilwatda.

The Chief Convener of the Door-2-Door Ambassadors, Nde Sam Piwuna, who disclosed this in Pankshin at the inauguration of ward coordinators, said the group hinged their support on his wealth of experience.

He added that the philosophy of the movement, which is ‘catching big fishes with small trolley’ would go a long way in selling the candidature of Dr Nentawe.

Piwuna charged the coordinators, which he said were selected based on informed recommendations and positive testimonies about them, to properly strategize and harmonise their efforts for the success of the APC at the polls.

Chairman of the event, Nde John Gobak, emphasised the need for all interest groups involved in campaigning for the APC to eschew rivalry and unhealthy competition and any tendency that would hinder unity.
Gobak, who was represented by Nde Sumon Ngwan, also called on the Plateau State Central Campaign Council to support the door-2-door ambassador for Nentawe/Botmang.

The highlight of the event was the official inauguration of the ward Coordinators, and unveiling of the T-shirts, Pamphlets, and Stickers by the former Chairman of Kanke LGA, Nde Simon Ngwan.

How Ronaldo Rescued Juventus Against Udinese

5G Auction Driven by Pursuit of Better Quality of Life, Not...