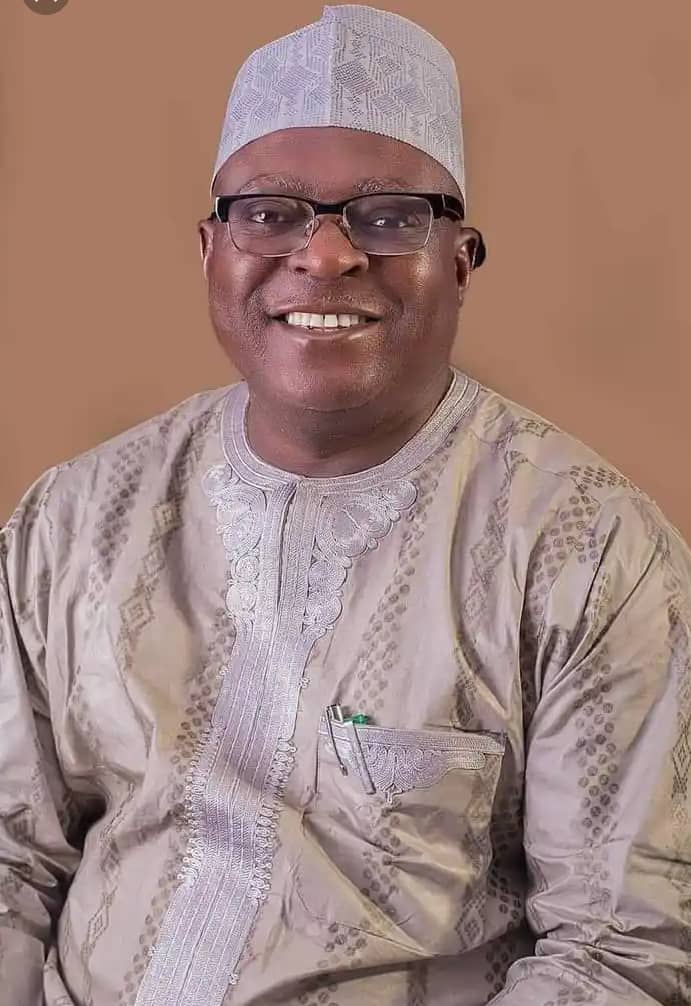 A group, under the aegis APC Progressive Minds for Dan Manjang (PMDM) has adopted the State  Commissioner of Information and Communication, Hon. Dan Manjang as the running mate to Plateau APC Gubernatorial candidate, Dr. Nentawe Yilwatda.

Founder of the group, Pamela Ibrahim Takka who addressed a press conference on Monday at the APC State Secretariat Jos, described Manjang as an embodiment of humility and thorough bread politician who will add political value to the APC ticket in the state.

Takka who was flanked by hundreds of youths across the 17 Local Government Areas said the Information Commissioner is competent enough and has the political followership, particularly in Plateau North to give the APC the winning margin it deserves.

“We hold the firm conviction that the choice of Hon. Daniel Manjang as the deputy gubernatorial candidate of the APC in Plateau state comes with its attendant benefits as it would give the APC a balanced ticket that would eventually guarantee electoral success at the polls come 2023.

“It remains a statement that since the election of Dr. Nentawe Yilwatda as the gubernatorial candidate of our great party APC, there has been lots of disingenuous push towards filling the deputy governor’s slot of the party.

“It has also been muted in some quarters, the idea of a COOCIN-COCIN ticket for the party in the general elections, is a move the APC PMDM Youth and Support Groups finds welcoming and not against in the overall interest of Plateau state. Our primary concern is for Plateau to succeed beyond any platform or association.”

The group said they have put into consideration several factors that Dan Manjang is the most suitable running mate for the APC Governorship candidate.

“As concerned stakeholders in Plateau state, APC and Northern Plateau, we have considered several issues at stake and concluded that the most suitable deputy gubernatorial candidate for the APC should be a servant of notable pedigree that has the capacity to unite the various ethnic and religious compositions in Plateau North in particular and in the state at large.

“Consequently, and in line with the prevailing circumstances, the APC  PMDM Youth and Support Groups wishes to inform the general public of the endorsement of  Hon. Daniel Manjang as the deputy gubernatorial candidate of the APC.

“Our position is hinged on the fact that Hon. Daniel Manjang is a bridge-builder and a unifying figure, as evident in his numerous contributions in Plateau state even as a serving commissioner for information.

“Hon. Dan Manjang with wealth of experience and an intimidating credential that speaks volume of commitment towards Plateau’s sustainable growth and development. This much has been evident in the numerous offices he has held over the years.”

Also speaking, Hon Ezekiel Daniel Dalyop, who hails from Riyom Local Government Area testify that Dan Manjang is solidly on ground in Riyom and in the Northern zone and has the political competence to dislodge the PDP.

He said since the PDP have picked their running mate from Riyom, it is logical for the APC to consider the information commissioner for the job to enable it win support of the Northern zone.

Mohammad Abdulkadir,  Special Assistant to Governor Simon Lalong on ICT said the information Commissioner is most suitable and qualified personality in the Northern zone whose the cap fits.

Meanwhile, the Gubernatorial Candidate of the All Progressive Congress APC,  Dr. Nentawe Yilwatda said he is still consulting with critical stakeholders including the youths to produce his running mate.

He noted that he has a deadline of submitting the name of his  running mate to INEC and said he will pick his running mate after consultations.