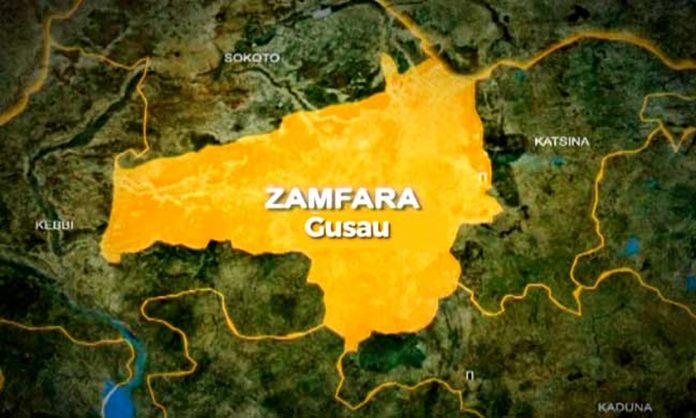 Briefing newsmen on Thursday at the command headquarters in Gusau, the police public relations officer  SP Mohammed Shehu said the suspects were arrested for offences related to Banditry, Arms Supply, Intimidation and Extortion.

“On 29th November, 2022 at about 1615hrs, Police Tactical operatives arrested 6 Suspects who pretend as bandits to place levies on their host communities. As a result, they collected millions of Naira through a bank account they created for this purpose.

“In the course of investigation, all the suspects confessed to the crime and futher stated that part of the activities was to send threatening message to the villages to either pay money or face attack.They further confessed of receiving millions of Naira from five different communities. Discreet investigation is ongoing aimed at apprehending other suspects that involved in this crime”.

According to him, the female gun runner Gaje Abdullahi of Madachi village in Katsina state was supplying arms and ammunition to bandits  operating in the state.