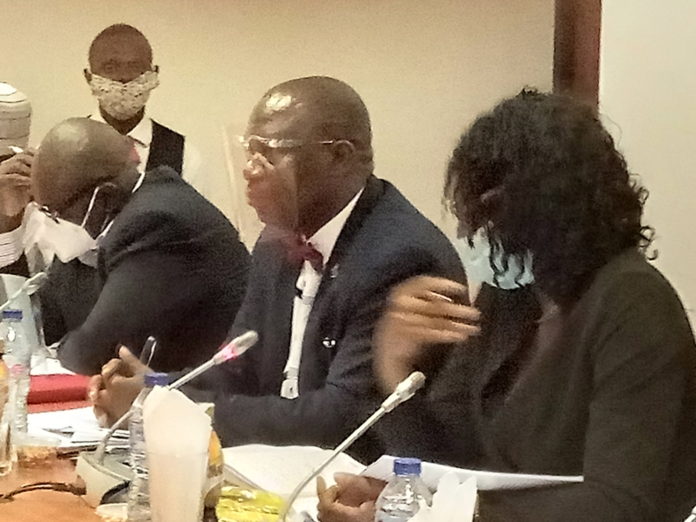 The Senate committee on Science and Technology on Monday constituted an Ad-hoc Committe to investigate the construction of Nkalagu cassava processing plant in Ebonyi state.

The probe followed discrepancy in the fund for the award of a contract and budgetary fund presented by the Acting Managing Director of the Federal Institute of Industrial Research Oshodi (FIIRO), Dr. (Mrs) Agnes Yemisi Asegra at Investigative hearing of the agency in Abuja.

Specifically, the FIIRO Boss had presented to the committee contract award of N49 million and N60 million budgetary fund released in 2019.

Irked by the variation in figures between contract award (49million) and actual budget release (60million) for the same project in 2019, Chairman of the committee, Senator Lilian Ekwunife constituted a 3-man Ad-hoc Committe led by Senator Obinna Ogba to investigate and report back to the committee on the discrepancy.

It would be recalled that the federal government inaugurated the Nkalagu cassava processing plant in 2019, assuring that the industry would generate employment for youths and women of the area.

The government projection was that the factory will produce items such as starch, garri, cassava flour, mushroom, glue gum, among others.

The Ad-hoc Committe was mandated to determine date of the award of the contract and how much has been paid to contractors.

Ekwunife, who observed that the mandate of FIIRO is to provide technology for indigenous companies, added “This your submission is deceitful”.

“We are setting up Ad-hoc Committe to be chaired by Senator Obinna Ogba”.

“You will give us all the details of the project, the date of the award from beginning, how much has been paid and the balance” Ekwunife said.

But speaking with newsmen shortly after, the Acting Managing Director of FIIRO, explained that “the appropriation for the year (2019) was N60 million on that project.

On the whereabout of the balance, he said “It has not been spent. It is in the federal account”.

Premiere Academy remains one of the best in the country -Principal

Buhari to present 2021 budget next week, as Senate confirms receipt...