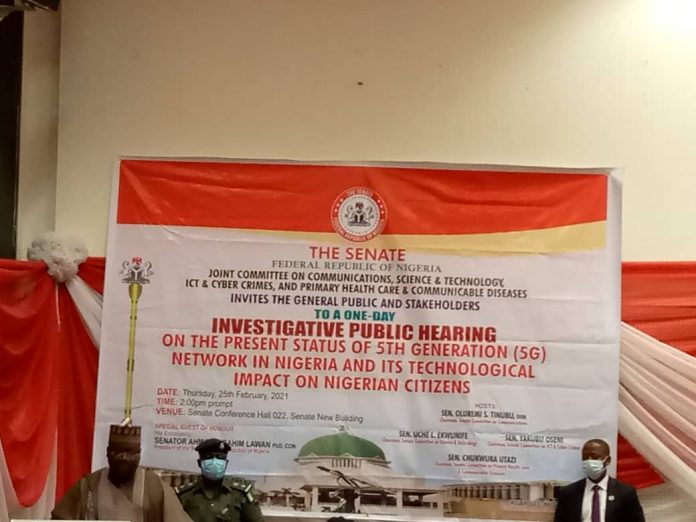 The Minister of Communications, Isa Ali Pantami, on Thursday said the Ministry conducted the first trial of 5G in Nigeria on 25th September 2019.

Pantami spoke at the investigative hearing of the Senate Committee on Communications on the present status of the 5G Network in Nigeria and its technological impact on citizens.

He said the Ministry has also conducted research on 5G and the report which has been concluded will be submitted to the executive to create a policy framework for the country.

“The World Health Organisation (WHO) had already conducted its research and the report is that, it has no negative impact on health” Pantami said.

He added that the Federal Government is neutral and objective and would not deploy any technology which would jeopardize the safety of Nigerians.

According to the Minister, radiations from 4G and microwave are more harmful than 5G.

A representative of the office of National Security Adviser, Dr Bala Fakandu, said there is no approval for the deployment of 5G in Nigeria.

He, however, reiterates the position of the Ministry of Communications saying investigations have shown that 5G poses no hazards to public health.

Man jailed for 30 Years for Ingesting 72 Wraps of Cocaine...

US donates over $325,000 equipment to Nigeria Police

Our Mandate Is To Collect Taxes, Not To Grant Tax Waivers...