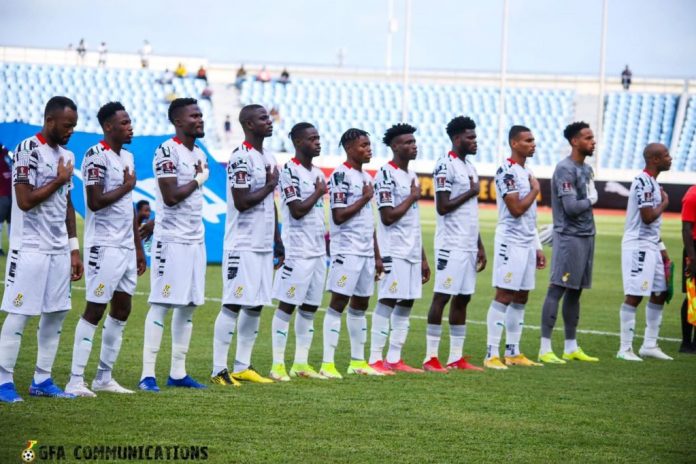 Ahead of the Qatar world cup, many South African fans have made it known they will support Uruguay when they take on Ghana after the two teams were drawn in the same group at the 2022 FIFA World Cup finals in Qatar.

Fans took to Twitter to recall the meeting between Ghana and Uruguay at the 2010 World Cup finals, in which the former lost to the Sky Blue in a quarter-final match in Johannesburg with most South African fans supporting the Black Stars.

Asamoah Gyan missed a penalty in the dying minutes of extra time after Luis Suarez had blocked a headed effort with his hand on the goal-line and Ghana went on to lose the game on penalties.

Ghana qualified for this year’s showpiece after being held to a 1-1 draw by the Super Eagles at the Moshood Abiola Stadium in Abuja. The first leg in Kumasi ended 0-0. The Black Stars had reached the playoffs after defeating Bafana Bafana in a controversial match in November last year.

“For Ghana to lose all #WorldCup2022 groupstage matches” — Nhlanhla Hlabisa

“I am focusing on Group H, I want Ghana to suffer. What they did to Bafana Bafana cannot be forgiven.” — Vuyani maduna  Also in group H with Ghana and Uruguay are Portugal and South Korea.

Gbajabiamila reshuffles aides’ portfolios, gets Deputy Chief of Staff, others

Venue for Joshua-Pulev fight to be decided May ending