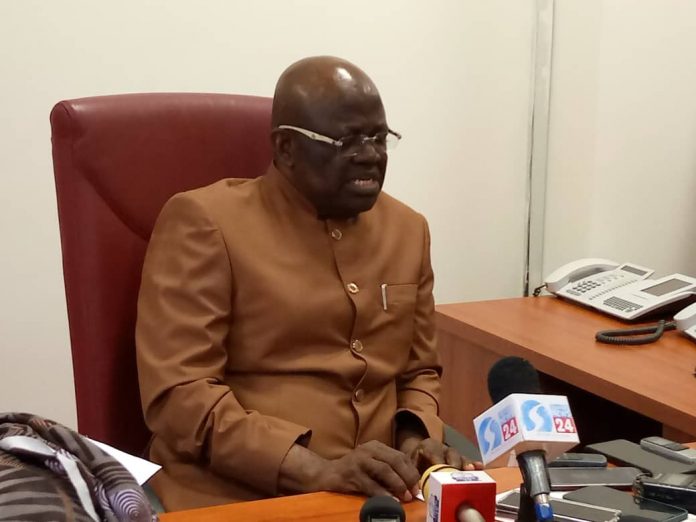 The Nigerian Senate on Wednesday lamented the ambush and killing of six soldiers by unknown gunmen at Tati Village in Taking Local Government of Taraba State on Tuesday.

Indeed, the Senate condemned in strong terms, the killing of the soldiers by gunmen who ambushed them along with their commander.
The commander, a Lieutenant Colonel, identify is yet to be disclosed by the military authority.

Raising a point of under order 42 of the Senate rule, during plenary on Wednesday, Senator Emmanuel Bwacha ( APC Taraba South ), said the soldiers sacrificed their lives for the people of Taraba State, saying they were on a mission of getting rid of bandits in the area where they were ambushed and killed.

The attackers according to him, came on motorbikes and killed over 40 people, including soldiers who were mobilized to protect the community.

“The  people of Taraba South and the entire Tarabans salute the courage of the departed soldiers and commend the military for the onslaughts being carried out against all forms of criminalities in the State, be it Boko Haram insurgency or banditry of whatever dimension.

“Nigeria Armed Forces need our maximum cooperation and support at this time, not only in Taraba but across the country”, he said.

He earlier lamented to the Senate that a fortnight ago, four different communities were attacked in the Southern Senatorial District of the State where 38 innocent lives were lost.

He consequently called for deployment of more troops to the affected area, assuring that the locals are ready to synergize with them in getting rid of the bandits and as well,  appealed to the Federal Government to direct the relevant agencies to provide relief materials to the victims of the attack.

Meanwhile, the Senate President, Ahmad Lawan, in his remarks, called on Nigerians to support the military by providing the needed motivation and information to enable them tackle the problem of insecurity.

“The military and our armed forces are doing their best, we have no alternative but to support them in whatever way possible”, he said.

We ‘ll Continue To ‘Deepen Use Of Technology’ in Elections -INEC